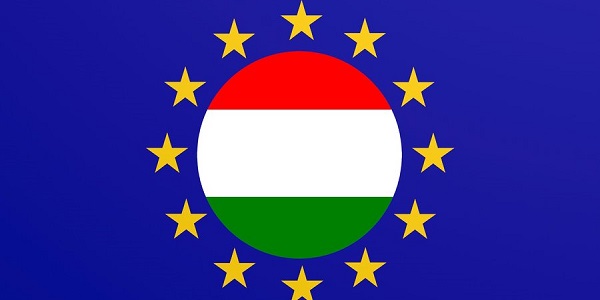 Maciej Szpunar, an advocate general of the European Union has criticized online gambling laws in Hungary. What will be the response of the Hungarian government, who clearly try to build up a monopoly state for Andy Vajna, friend or Prime Mister Orbán Viktor?

The European Union has problems with online gambling laws in Hungary. Advocate General Mr Szpunar just handed in a complaint today how the Hungarian gambling laws are discriminative and not transparent enough. Why they got to this conclusion? It’s all thanks to Unibet and an unrightfully made decision that took the popular sports betting site into an uncomfortable situation.

What’s exactly the problem with online gambling laws in Hungary?

In order to be able to provide online gaming services, you need to obtain a licence. Hence, online casinos in Hungary are required to register at the Hungarian tax authority, NAV. Now Unibet believed that giving out those licences does not happen rightfully and according to the spirit of transparency and equity, so they made a complaint.

The Curia (aka the Court of Justice of the European Union) has accepted Unibet’s complaint and are now accusing online gambling laws in Hungary of being corrupt. The EU has problems with two Hungarian gambling laws: One is the “Szerencsejáték szervezéséről szóló 1991. évi XXXIV törvény” and the other one is “A koncesszióról szóló 1991. évi XVI. törvény.

Now it’s time to wait for the response of the Hungarian government. Are online gambling laws in Hungary going to be reformed, or will they have a different approach to the conflict? Is this even a real conflict, or is it just a sign that the EU is no longer willing to tolerate Hungary’s loner policy of neglecting common values in many questions? Is this just the first episode of a long long political game?

Not the first EU v Hungary battle…the end is near?

The marriage between Hungary and the European Union will celebrate its 13th anniversary on the 1st of May. As you can see it hasn’t been too long since Hungary entered the EU but they might be on their way out thanks to the authoritarian regime lead by Prime Minister Viktor Orbán. Hungary’s most powerful man has better connections to Vladimir Putin and the Eastern part of the world than he does for the European Union.

He keeps attacking every decision the EU makes and his party, the governing party of Hungary keeps on pushing their anti-EU propaganda on Hungarians. Right now everyone using public transport in Budapest can see the messages “We Must Stop Brussels!” Stop Brussels from what, however, nobody knows.

What are the odds for Hungary leaving the European Union?

Anyhow, online sportsbooks in Hungary have not failed to take advantage of the Hungarian government’s suicidal policy. You can already place bets on Hungary leaving EU if you think that this is what the future holds for the Central European country. However, they are still pretty optimistic: the odds for Hungary to leave the EU are 11.00 (10/1) at Paddy Power.

The high odds are a bit surprising because an important member of the European Parliament just threatened both Hungary and Poland. Two countries that keep arguing common European decision and who keep trying to veto whatever the EU is about to decide about. The source of this information is The Times magazine, who did not give a name, but referred to the source as an important diplomatic member from one of the 6 original EU states.