The debate about legalizing online gambling in America continues at the state and federal levels. 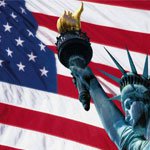 Recently, the Federal prosecutors shot down Bodog gambling site and indicted its founder, the eccentric billionaire Calvin Ayre. The move was made with authority granted by the American gambling laws to the Feds.

Since the Congress outlawed online gambling in 2006, scores were arrested. Yet, it appears to American gambling news reporters that this move was influenced by lobbying efforts coming from land-based casinos and horse betting operators looking to protect their territory.

While online gambling may be legalized again, the conflicting moves, such as the shot down of Bodog, make investments in the American online gambling industry quite speculative. Yet, many politicians at the federal and state levels want to see online casinos in United States legalized.

The American citizens already defy the gambling laws and go to offshore casinos to play. It is estimated that as much as $6-8 billion dollars annually is spent by the US players on betting abroad. Legalizing online gambling, including mobile casinos in United States can bring this cash home, create jobs and tax revenues.

In fact, Senate Majority leader, Harry Reid, stated that the ban on online gambling has resulted in a failure. One of the reasons is that there are many unlicensed gambling sites operating in small island-states where the words ”gambling oversight and regulation” are a strange and unknown term.

Licensing online casinos to operate in the United States would prevent these shady outfits from scamming the players and ruining the reputation for the entire gaming industry.

In many ways, the gambling regulations in America resemble those of the European Union where every country calls the shots as do the American states. The online gambling, however, is already legal in many European countries since the EU regulators understand that this is a way to protect the players from vultures while raking in the revenues.