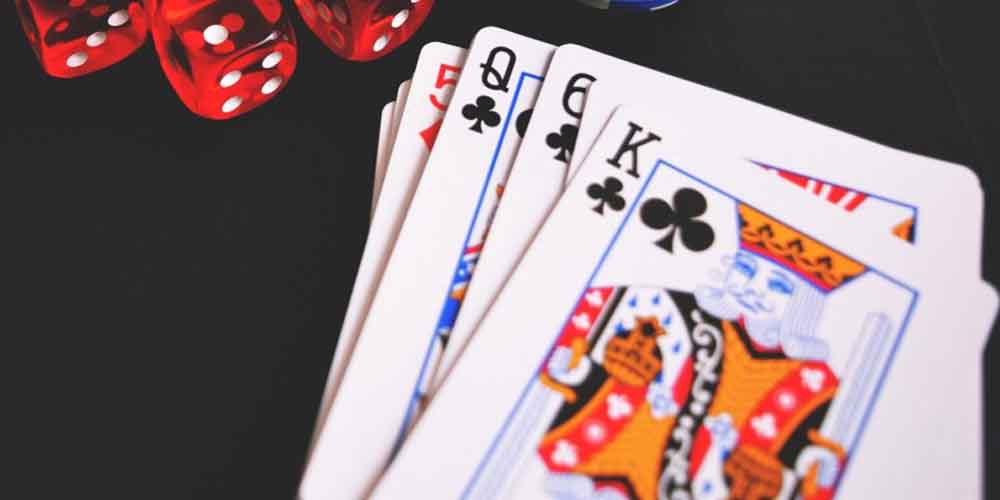 Pai Gow Poker is a fun and relatively slow-paced game that has become a favorite of many casino players. It was found by an American casino owner Sam Torosian in the 1980s. Now,after almost 40 years, the game has been developed to be a stable of both land and online casinos. So if you haven’t heard of the game yet, we’re going to explain basic Pai Gow poker rules in this article.

What is a Pai Gow Poker?

Let’s start with a name first. Pai Gow is a traditional Chinese gambling game played with 32 dominoes. The Pai Gow itself is popular in both Chinese and US casino and so is the Pai Gow poker. Even though the rules of the poker is loosely based on this traditional game, the games are quite different. However, having a basic idea about what Pai Gow is will help you understand Pai Gow poker rules.

Pai Gow poker, or a double-hand poker is a card game that uses 52 cards along with a single joker. It’s also called a blackjack of the poker because of its nature of the players playing against a dealer. The game table usually consists of 6 players and a dealer. The players won’t be playing against each other, but the dealer. Each one would try to defeat a banker, who can be either a dealer or one of the players. Owing to this somewhat friendly nature, it’s also considered to be a great game to network with the other players in the casino.

The rules of a Pai Gow poker is pretty simple as long as you know the basics of poker. Players will receive seven cards each from a dealer and create two hands from it. They can organize and split the cards any way they like and would aim to beat the dealer’s hand. One hand will consist of five cards and the remaining two will create the other one. The five cards are “the back” and the remaining two are “the front”. The back should always rank higher than the front.

The ranking of the back follows the basic poker rankings– flush is higher than a street, a full house is stronger than a flush, etc. As for the front, the ranking depends on whether it’s a pair or not. If the two cards are a pair, then obviously the higher pair will take the bet. If they’re not pair, the hand will be determined by the higher one of the two. For example, a jack and a nine will win jack and a seven. The joker works as an ace. So these are basically the Pai Gow Poker rules in a nutshell.

How to bet on the game?

In the land casino, the Pai Gow poker is played with six players and a dealer, as we’ve mentioned before. So when the game starts, the players will all place the bets in the special area for betting. The dealer will start as being a banker and depending on the casino’s rules, the players will have a chance to be a banker.

You have a choice to skip being a banker, but we’d highly recommend not to do so. You’d have much better odds and edge over the house when you’re a banker. Also, you’d pay less on the 5% commission of a casino. However, in order to be a banker, you’d have to have enough cash to cover all the bets of the players since you’ll be paying out the players if they win. You’d also have to know the Pai Gow poker rules inside out.

However, in the online gambling sites in the UK, there’s almost no opportunity to be a banker. In the online Pai Gow poker, only one player plays against the casino, so the dealer will always be a banker.

Since there’s a push option that keeps the tempo of the game relatively slow and also the prize money will not be as high as a professional gambler would want to be, they prefer the fortune Pai Gow poker. The fortune Pai Gow poker’s rule is basically the same. However, in this game, you’d be able to win up to 8000 times of your bet. The amount of bonus payback depends on your hand. For example, the four of a kind will get you a 25x bonus.

The only catch here is that you’d have to place twice as much bet as a normal one. Also if the hands of a player and a dealer turn out to be a tie, then the player will not get the bonus. Due to these rules, the casino will almost always have an edge over the player. Despite this disadvantage, the players usually prefer the fortune, Pai Gow.

Where to play it online?

Although not as popular as blackjack or keno amongst the online casinos in the UK, Pai Gow is equally exciting and challenging game. Due to its low risk and slow-pace, the game is more popular for the amateurs of the casino. However, that doesn’t mean that the experienced players don’t enjoy a game or two of a Pai Gow online. The Pai Gow poker rules  are simple to learn and the odds are favorable for the players.

That’s why almost all of the online sites include Pai Gow as an option for the players. Even though available in a handful of sites, we’d recommend 888casino. In terms of online gambling bonuses and welcome bonuses, it’s definitely one of the best. Along with the Pai Gow poker, 888casino offers every other popular casino games including baccarat and blackjack. Read a review about 888casino from our site.