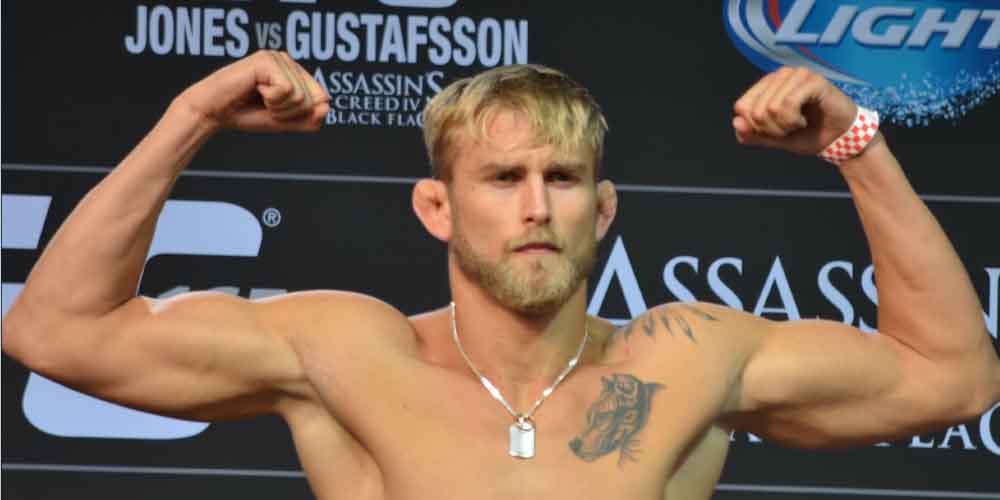 Paul Craig vs Alexander Gustafsson betting prediction shows a close fight between the two light heavyweights. This is an anticipated fight as Alexander Gustafsson is making his return to the division. Although the Swedish is a former title challenger and used to be one of the best, he opens as the underdog against his next opponent. Paul Craig is a dangerous fighter and a submission specialist. Therefore, if he is able to takedown Gustafsson and control him on the ground, then it will certainly be an easy win. However, he might get clipped with good shots on the way in. Hence, anything can happen in this fight, and whoever imposes his game plan will most certainly win.

Alexander Gustafsson Is Back to 205

Alexander Gustafsson is making a comeback to the 205 division after announcing his retirement in June of 2019. In a press conference, the Swedish mixed martial artist justified the decision by saying “I Don’t Have It in Me Anymore”. However, it seems that he is over this feeling as he has already fought once at heavyweight since that press conference. After suffering a loss at the bigger weight division, “The Mauler” has decided to move back  to the light heavyweight division as it is the most suitable one for him. In fact, Gustafsson has had his best and prime years at the 205 pounds division. Throughout his career, he fought for the light heavyweight belt a total of 3 times, but unfortunately, he came up short on all 3 occasions.

Regardless of this, Alexander Gustafsson is making his comeback against the dangerous Paul Craig. There are certain concerns towards this decision as the Swedish is currently on a 3-fight losing streak. Therefore, another loss could truly put an end to his career with the UFC especially since the Paul Craig vs Alexander Gustafsson betting prediction is not in his favor!

Paul Craig is on a Roll

Paul Craig has had a rough start in his UFC career after making his debut in December of 2016. The Scottish mixed martial artist was swinging between wins and losses against some unranked opponents. However, it seems he has finally built up some momentum with three consecutive wins in the past couple of years. Craig defeated both Jamahal Hill and Mauricio Rua via knockout, and Gadzhimurad Antigulov with a triangle choke. As a result, the UFC decided to match him up with his biggest test yet. A win against a former title challenger will certainly be a turning point in his career. Therefore, expect Craig to come into the octagon with the best shape of life. Additionally, the Scottish mixed martial artist will have an edge over the inactive Gustafson.

Taking into consideration these factors, Craig will hope that age and ring rust has caught up with his opponent. But the question to ask is whether this will be enough to take out a former title challenger like Gustafsson? Let’s see what the Paul Craig vs Alexander Gustafsson betting prediction says.

At the current moment, Paul Craig holds a professional MMA record of 15 wins and 4 losses. His greatest strengths are wrestling, grappling, submissions. On the other hand, his striking is just average. This is evident by Craig’s win record which shows that the Scottish mixed martial artist has won 12 fights via submission, and only 3 came by way of knockout. Therefore, he will be certainly looking to take the fight to the ground against the Mauler. In contrast, Alexander Gustafsson possesses an impressive striking skill set, but his ground game is just average. Hence, he will be taking a different approach for sure. Gustafsson will try to use his reach advantage and strike from the outside.

All in all, each fighter will try to impose his will and game plan on the other. However, early predictions are giving the edge to the Scottish. For instance, a recent poll on tapology shows that 63% believe that Craig will win via submission, while 37% voted in favor of the former title challenger. Bookies and online sportsbook sites in the United States also favor the Scottish mixed martial artist in their Paul Craig vs Alexander Gustafsson betting prediction. At 22BET Sportsbook, the betting odds for Craig to win the fight are 1.70, while Gustafsson’s winning odds are 2.05. This fight will be an exciting one, so make sure not to miss it!