The Penultimate Chance To Bet On MotoGP This Year

News >The Penultimate Chance To Bet On MotoGP This Year 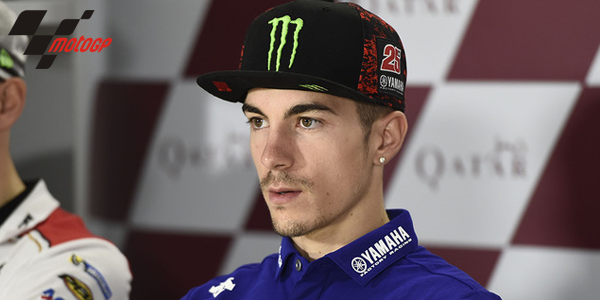 The two wheeled maniacs are back on the track this weekend with Marc Marquez the dominant force being harried all the way to the checkered flag by Andrea Dovizioso whose lamentable finish in Australia could well have seen his title chances fall by the wayside. That said this is MotoGp where anything can happen and the Malaysian Grand Prix is one of the highlights of the season so lets take a look at the odds the likes of BetVictor are offering on the result of what should be a great race.

It was a nightmare. There’s no other description that fits. It was if Halloween had come early and poor Andrea Dovizioso was being haunted by ghosts in the machine. He went from an amazing win in the final moments of the Japanese Grand Prix, one that saw an Italian Ducati and rider beat Honda on its home turf let us not forget, to a finish in Australia that was dreadful coming home in 13th place and making a lot of people who’d bet on MotoGP down-under just a little disappointed with the rider.

Marquez is now 33 points clear in the MotoGP World Championship with just two races left and seems destined, barring outright disaster, to take the title, however, as Andrea found out some days the universe just doesn’t cooperate and what should be a straight forward race in fairly normal conditions turns into a catastrophe. The Repsol Honda rider could easily still come a cropper so if you want to bet on sports in Malaysia this weekend at BetVictor or its ilk a bet on MotoGP is a really great choice.

You know it’ll be a good race because the title will hinge on the finishing places of Dovi and Marquez. If Marquez finishes ahead of Andrea, regardless of what actual positions those are, Marc Marquez will take his fourth MotoGp World Championship title, and he needs to finish fifth or lower (really quite unlikely if we’re honest about it) to keep any hope for Andrea alive at all. Of course that does mean that Dovi will be going all out to get ahead of Marquez and as we know, that can be right on the edge.

If there were ever a time for aggressive “elbows out” riding this would be it. Any Malaysian gambling news coverage won’t feature dramatic wheel to wheel racing this weekend just hasn’t been paying attention to just how much pressure is on both of these riders to perform. Under pressure you can always bet on MotoGP riders to just go for it, their racing instincts and desire to succeed sometimes even overriding the hum-drum considerations of the real world. Like friction, momentum and the rules.

Find All The Odds And Bet On MotoGP At BetVictor

If Dovi stays on the bike and Marquez has a bad day at the office the season could go down to the final race in Valencia, allowing Marquez to win the title in front of his home crowd, but neither man wants to see that happen which is why the likes of BetVictor give Dovizioso 5/2 to win in Sepang and a bet on MotoGP that has Marquez as the winner will get you 6/4 odds. Of course there are other riders on the track, but the chances are it’ll be these two that are vying for the lead come the finish.

You can get 8/1 on Valentino Rossi, which makes him a great each-way wager, slightly better than the 6/1 you can get at BetVictor et al on Maverick Vinales who came third in Australia, and Daniel Pedrosa might get 8/1 alongside Rossi, but only managed 12th place in the last race. For the best bet on MotoGp, if you’re going to take advantage of Malaysian gambling laws this weekend, would be to back Johann Zarco, Jorge Lorenzo or Danilo Petrucci each way, as they all get a nice 16/1 chance and that’s worth it.