Perception And Progression Of Female Athletes In The Olympics

News >Perception And Progression Of Female Athletes In The Olympics 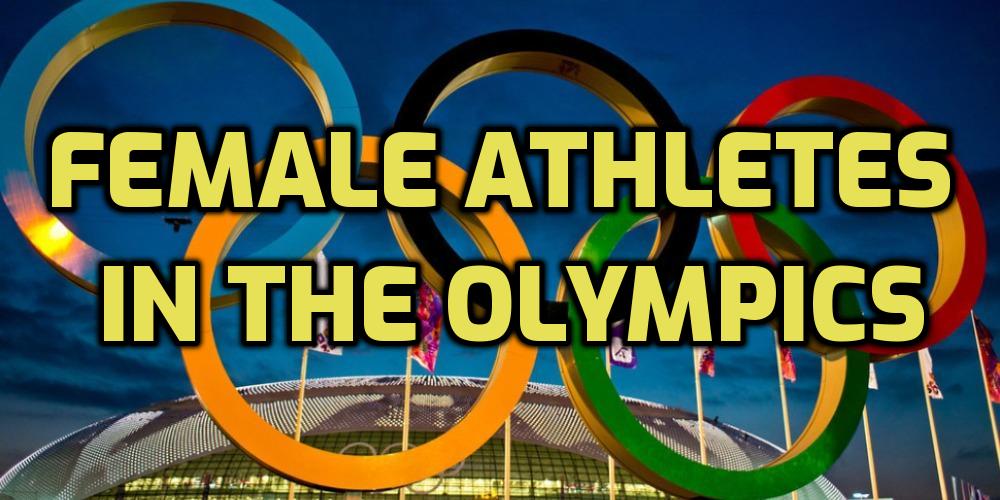 In the history of the Olympics, the Tokyo Olympics had the most women contestants. However, it wasn’t always like that. In our article, we will show you how the perception and progression of female athletes changed over time and led to an increasing number of female athletes.

Women were not allowed to participate in the first modern Olympic Games in Athens in 1896. According to Pierre de Coubertin, the founder of the event, the purpose of the Games was to celebrate men’s achievement in sports and to get rid of male aggression within the confines of sports. They wanted to protect the traditional gender roles that history determined. At the time, the spirit of competition was not considered a feminine characteristic nor aggression. So, the organizers thought that it would be best if the presence of women at the Olympics would be limited to the auditorium. Pierre de Coubertin said that women have one task at the Olympics, and that is handing over the laurel wreaths for the winners. Not a kind and modern perception of female athletes, but luckily times have changed.

The 1900 Summer Olympics took place in Paris in recognition of the work of Pierre de Coubertin. Thanks to the feminist lobbies, they achieved that women could participate, even if only 98% of the contestants were men. Out of 997 athletes, 22 were women. They competed in five different sports: tennis, golf, sailing, cricket, and horse riding. The medal table made the gender rate obvious too. In individual sports, 59 men could take the podium, but by the women, it happened only twice. Charlotte Cooper became the first female Olympic champion who won gold medals in both the singles and doubles. The other female individual gold medalist was Margaret Abbott for her golf performance.

However, by the 1904 Olympic Games in Saint Louis, the progression of female athletes stopped. Only six women participated there, and the anticipated big breakthrough after the second Olympics fell short. At the 1908 London Olympics, they finally legalized and officially permitted women’s participation in the Olympic Games. Each country’s sports organization could decide who would be sent to the greatest sports event, regardless of gender. Women represented many countries in figure skating, tennis, and even archery. The International Swimming Federation allowed female swimmers to compete first in 1910. So in the 1912 Stockholm Games, women could participate in another sport.

Perception and Progression of Female Athletes After the World War

In addition to the changes in women’s roles due to the First World War, women’s attitudes towards sports have also changed. For example, in England, between 1918 and 1939, they established more than 100 female football teams, and the unimaginable happened. They welcomed women’s teams with open arms rather than judgment or contempt. Nevertheless, out of the more than 2600 competitors who competed in the 1920 Antwerp Games, only 65 were women. Aileen Riggin was only 14-years-old, the youngest athlete who could take the top of the podium for diving. Ethelda Bleibtrey also set a record. She took home three gold medals from the 1920 Olympic games. In the 1928 Amsterdam Olympics, less than a month after the English women’s suffrage, Polish athlete Halina Konopacka, a discus thrower, won the first gold medal for her country.

The 16 years old Betty Robinson won the 100-meter sprint. She stood on the podium as the first female runner gold medalist. Women’s athletic sports, in particular, seemed foreign to de Coubertin. So it is no coincidence that right after his resignation, female athletic competitions appeared at the Amsterdam Olympics. At the time, the media still gave little recognition to successful female athletes. A newspaper even referred to the celebrating female winners as an awful sight, sobbing uncontrollably, as if they were having an emotional breakdown. In the post-World War II Olympics, the prominent female athlete was the 30-year-old Dutch Fanny Blankers-Koen, who was also regularly singled out by the press. They described Fanny at the London Games, who set six world records between 1942 and 1944, as a neglecting mother. However, the perception of female athletes slowly started to change. Especially after “the flying housewife” won four gold medals out of the nine.

Alice Milliat – The Pioneer Behind The Progression of Female Athletes

Since the beginning of the twenties, the “women issue” became a recurring question in the IOC meetings. They started to address the role of women in the Olympics. This was largely due to the brave pioneer Alice Milliat. She organized several sporting events for women and founded the Fédération Sportive Féminine Internationale (FSFI) in 1921. The organization didn’t accept the International Athletics Federation’s decision that no female athletes could compete in the 1924 Paris Olympics in athletics. In 1922, The FSFI held its own games in Paris under the name of Women Olympic Games. Seventy-seven competitors from five nations, Czechoslovakia, The United States, France, Great Britain, and Switzerland, competed in 11 events.

In 1926, Sweden hosted the Women’s Olympics, which hosted 100 competitors from nine countries. However, the IOC approached Milliat and asked her not to use the word “Olympics” in the name of the sporting event. In exchange for this, they promised to let women compete in 10 athletic races at the 1928 Amsterdam Olympics. Milliat changed the name of the female sports competition to the Women’s World Games. Yet, to her disappointment, in 1928, women were only allowed to participate in the Olympics on an experimental basis. In response, the FSFI hosted the third World Women’s Games in 1930 in Prague with 200 competitors from 17 countries.

Four years later, in 1934, 19 countries sent 200 female participants to the London Olympics. Meanwhile, a series of negotiations were already in progress between the FSFI and the IOC. They agreed that the IOC would take over the international female athletic competitions. Moreover, accept their previous results, and support new competitions in the women’s category. The FSFI has not held any more events since then, but interestingly the organization has never officially disbanded.

To protect women’s health, they couldn’t run for more than 200 meters until the 1960 Rome Olympics. However, in retrospect, the interpretation is different. According to online sportsbook news sites in the UK, the real reason was that participation in longer-term sports was not considered a feminine activity by the Olympic Committee, made up mainly of aristocratic men. Fortunately, the perceptions of the relationship between femininity and sport changed a lot in the sixties.

Mary Rand, who set a long jump world record in the 1964 Olympics, was very popular. Mainly after Mick Jagger said in an interview that if he could choose anyone, he would most likely date her. In 1973, over 50 million people watched Billie Jean King’s winning tennis game against Bobby Riggs. It is still known as the “battle of the sexes”. By the 80s, surveys proved that female athletes were more popular than men. As experts explained, that was due to the impact of Princess Diana and Margaret Thatcher, who the public respected and loved.

The International Olympic Committee (IOC) is committed to gender equality in the world of sports, as the 2014 Olympic Charter states. The Olympic Charter contains the fundamental principles of the sporting event. It declares that the task of the committee is to “encourage and support the promotion of women in sport at all levels and in all structures, with a view to implementing the principle of equality of men and women.” Since 1991, all sports participating in the Olympic program must have women’s competitions.

Since they included boxing in the Olympic program in 2012, the perception and progression of female athletes came a full circle since women could finally compete in all sports at the London Games. At the 2016 Rio Games, 45% of participants were women and 49% this year. In the five new sports that debuted at this year’s games: surfing, skateboarding, sport climbing, karate, baseball, and softball, the total number of male and female competitors is almost equal. Check them out at 22Bet Sportsbook. Also, the Winter Olympics is coming, so don’t forget to look up the top stars of the 2022 Bejing Games.

A Few More Outstanding Female Performances From the Beginning