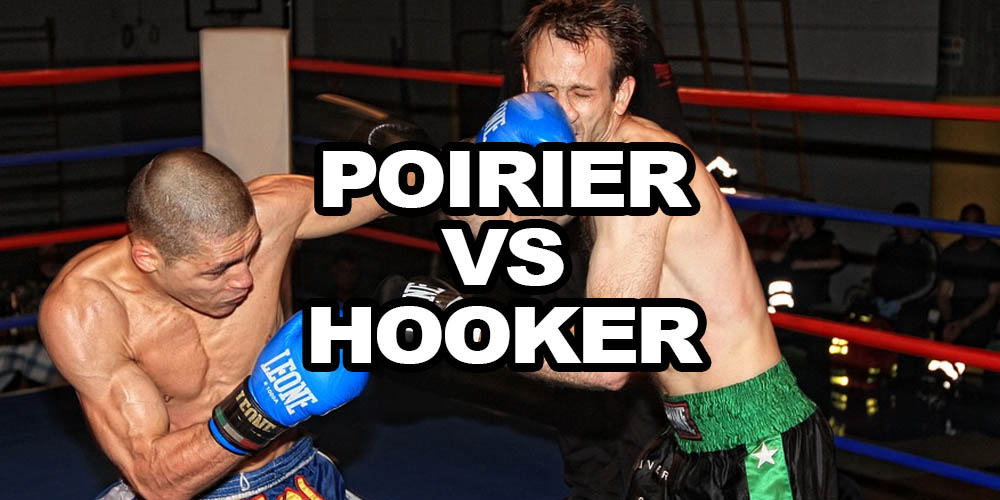 Poirier vs Hooker odds are out after the fight was confirmed to main event UFC Fight Night on Jun 28. After a win against Paul Felder, Hooker jumped into the number five spot in the UFC’s lightweight rankings. His upcoming fight will be the biggest test of his career as Dustin in a former interim champion and has wins over some of the best in the division. So, how will Hooker and Poirier approach their upcoming fight?

A Thrilling Fight Wherever it Goes

Dan Hooker and Dustin Poirier is an exciting fight stylistically. Both fighters like to stand in the middle of the octagon and trade punches. Hooker went to war in his last fight against Paul Felder in their lightweight bout. He landed 122 significant strikes and absorbed 110 in the process. Eventually, he went on to win the fight with a split decision that could have gone either way.

On the other hand, former interim champion Dustin Poirier is coming off a loss against current champion Khabib Nurmagomedov. He is currently ranked number 3 in the UFC rankings, so a couple of wins could earn him a second shot at the title. This fight is exciting because it will probably not go the distance. Hooker finished six of his last eight fights with a KO or submission, while Dustin finished five of his last seven wins. What are the Poirier vs Hooker odds? And how will this fight play out? Here is my prediction.

Poirier vs Hooker Odds: Strategy of Each Fighter

When looking at the physiques of each fighter, Dan Hooker has a significant reach advantage. The Hangman will try to use his reach advantage and strike with punches, kicks, and knees from distance. His strategy will revolve around keeping range with Poirier and picking him apart throughout the fight. Also, the likelihood of Hooker catching Dustin on the way in as he closes the gap is high. Therefore, it would be no surprise if Hooker wins by knockout. Online sportsbook sites in the US place him an underdog in the Poirier vs Hooker odds. For instance, betting odds on KTO for Hooker to win the fight are 2.62. This will be the biggest fight of Hooker’s career and could possibly shape the future of his career.

Former interim lightweight champion Dustin Poirier is more of a complete fighter than his opponent. With wins against Justin Gaethje, Anthony Pettis, and Eddie Alvarez, Dustin proved himself as one of the best lightweights in the division. In his upcoming fight, The Diamond will be looking to close the distance with Hooker to negate his reach advantage. His strategy will revolve around stepping into the pocket and winning the inside exchanges. In addition, with a Jiu-Jitsu black belt, Poirier will be comfortable to take the fight to the ground to submit his opponent. He can win the fight in various ways, and this will depend on how he chooses to approach this fight. The Poirier vs Hooker odds on KTO for The Diamond to win are 1.43.

You can discover more about KTO Sportsbook here.