Poker in Macau: Can it save the casino industry in China?

News >Poker in Macau: Can it save the casino industry in China? 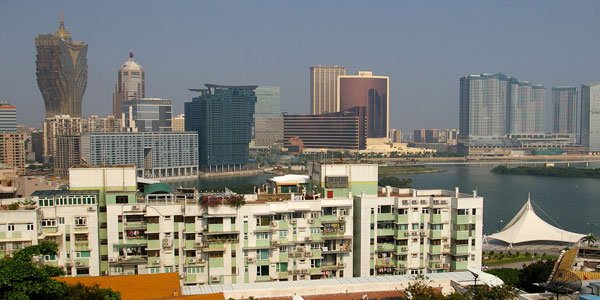 Poker in Macau has the potential to be a righteous combination

Poker in Macau has traveled from a different world. China had gambling 140 years before the onset of Chinese casinos. Gambling in modern day China wasn’t realized until 1962, when the government legalized it following Macau’s return by the Portuguese. The Peoples Republic of China awarded a casino contract to Stanley Ho. Having a monopoly on gambling in Macau, Ho’s contract was dissolved and Las Vegas contractors built casino resorts in 2002 making gambling news.

Although the World Series of Poker has been held annually in Vegas since 2005, the event started as early as 1970. Originally one man invited the best players in the U.S. to the Horseshoe Casino to play in a single tournament. A secret ballot determined the winner. Nowadays thousands of players participate in this poker competition which is a number of events all year that lead up to the main event in Vegas. The multi-million dollar cash prize is well known to the gambling industry.

In Macau the most popular games have been baccarat, blackjack and roulette. Matt Savage, director of the Asian Poker Tour, wants Chinese gamblers to focus more on Texas Hold’em. Savage said poker is growing rapidly. “You see a lot more people jumping up and getting very excited, which you don’t see in the U.S. all the time. It has become more exciting for players to play here.”

Las Vegas has suffered much from the last recession eight years ago. Revenues plummeted on the Vegas strip by about 10 to 12 percent a year since 2008. There were equal declines in casinos in Atlantic City and Tunica, Mississippi. By the time the recession was over, these major centers for gambling had to compete with growing Native American casinos, online gambling and U.S. gambling laws that allowed more states to gamble. Casinos like Las Vegas Sands and Wynn are putting their hope in Macau.

Macau too has had their share of difficulty. The Chinese corruption crackdown has resulted in a major loss in revenue for most of the casinos in Macau. In addition, the government has tried to put limits on the number of tables in casinos in order to curb China’s dependency on gambling revenue. The Asian Poker Tour, a 12-day poker tournament, intended for locals and western players, is quickly proving itself to be a hit since it provides a different atmosphere.

The tournament, held at the StarWorld Hotel and Casino in Macau, is from August 12-23 and is the largest poker event in Asia. Players will come from all over Asia as well as internet players who have qualified online. Although most of the players come from Hong Kong, Macau, mainland China and other parts of Asia, the event also features some Europeans and Americans. Savage said that the long term goal of the Asian Poker Tour is to expand all over the region.

The tournament, featuring 350-450 players, indicates the large potential for the growth of poker in Asia. Tom Hall, executive vice-chairman and CEO of Asian Logic which owns and operates the poker tour, said that the initial spark for Asian poker started in the Philippines and Korea, but is now picking up in China. “Three years ago there were no poker rooms in Macau.” Currently the Wynn, Lisboa and StarWorld have 60 tables.

In the last tournament, Macau first saw poker players from the U.S. Among them was Johnny Chan, born in China, who was the first player to win 10 World Series of Poker titles. J.C. Tran also made his presence known. The Sacramento player had a career earnings total of USD 8 million. Chan spoke about his experience in Macau. “It’s not like the typical tournament in Las Vegas, where you are up against the pros and you know everyone. These players are playing in a totally different way.”

Others like Ciaran Carter, whose skill came from playing online poker in Canada, spoke highly of the organization behind the Macau event and hoped for a “bigger number of participants and more of the world’s top players.” Despite these highlights, Macau has some distance to travel before poker will become a new source of revenue for its casinos. Savage said that “even though the game has, in the U.S., maybe plateaued, around the globe it keeps expanding.”

With legality struggles all over the region, the Philippines is emerging to be a serious contender for a new poker market. With 18 poker venues in the Philippines, a new poker room opens almost on a monthly basis. As the first venue for the Asian Poker tour back in 2009, Philippines had more than 260 players from over 30 countries. Twelve Asians finished with cash prizes out of the 27 winners.

Unlike many places in Asia, one thing that benefits from gambling Malaysia are the open legalized frameworks. Although the poker industry knows of the potential for growth in land-based and online casinos, online gaming is illegal in most of Asia. As a result, poker tournaments on TV are challenging to broadcast. The Philippines’ success in the poker industry owes its success to regular appearances on television. The similar effect happened in the U.S. as Hall added. Televised poker “has led to a growth in poker in casinos and play in the communities.”