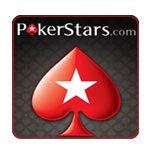 Less than a week after informing its players that they would no longer be able to access their accounts due to new French gambling laws, PokerStars has announced the reopening of PokerStars.fr for cash games.

PokerStars was awarded a license to provide sportsbook betting or online poker sites in France along with four other companies: Party Gaming, FriendBet, ChiliPoker, and Partouche Gaming France SAS. The licenses for these companies had been held up beyond the June 11 date on which others were approved because of a complaint from the government of Malta.

The Maltese government cited possible violation of the “freedom of goods and services” clause of European Union regulations – one typically invoked in cases of government regulation of Internet gambling websites in Europe. At that time, a spokesperson for the French Regulatory Authority on Online Gambling (ARJEL) stated that the complaint was simply a formality.

Representatives of PokerStars announced that PokerStars.fr was to begin running cash games upon official publication of the French government’s regulations for online poker, scheduled for June 30. PokerStars is said to be the biggest internet poker room in the world and is the chief sponsor of the European Poker Tour. Team PokerStars includes French players Bertrand “ElkY’”Grospellier, Arnaud Mattern and Thomas Bichon.

The sweeping changes to gambling laws in France were put into effect on June 11, and opened the French market to government-licensed foreign-based online gambling sites. More licenses will be issued later this year.