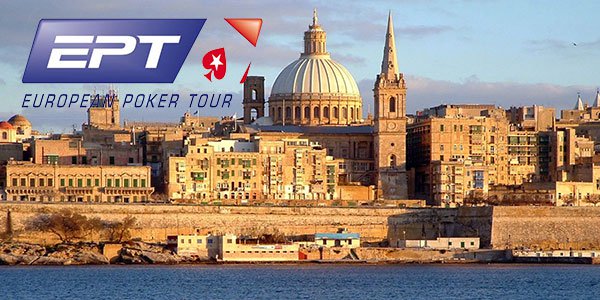 The 12-day EPT Malta Poker Festival gets under way in Malta and is part of the biggest poker events put on by PokerStars, the popular online gaming company owned by Amaya Inc. The event is also being co-sponsored by Pagano Events. There are 69 events scheduled as well as 24-hour EPT-run cash games. Other high-profile events are also happening as well as many local activities, a welcoming distraction from these Malta Poker rooms, where exhilaration and stakes are running high.

IPT Malta, the first major event of the festival kicked off on March 17. 280 PokerStars qualifiers have already lined up for EUR 5,300 EPT Malta Main Event. Over 300 have also signed up for the EUR 1,100 IPT Malta Main Event. The Italian Poker Tour has also joined efforts with the EPT Malta Poker Festival organizers and it is one of their many joint venture in Malta.

Professional online poker player of Team PokerStars, Luca Pagano, said “We are looking forward to joining the EPT for this record-breaking debut festival. Malta is a great destination for poker players. With so much going on, it will actually be hard for players to choose what to do but we hope they’ll have at least some time to explore the attractions that this beautiful island has to offer”.

EPT Travel and Visit Malta tour company are organizing tours for players to the ancient cities of Valletta and Medina, boat trips to Gozo and Sicily, as well as horse-back riding, jeep safari and scuba diving. The Global Poker Masters, which will kick off at Portomaso Casino on March 21 and 22, will see the biggest names in poker participating, including many Team PokerStars Pros and EPT high rollers.

All of Global Poker Masters event will be aired live on Twitch, under the approval of Malta gambling laws and comes as a good thing for France team member Bertrand “ElkY” Grospellier. He debuted his own Twitch stream beginning of March. More than 20 EPT events and players have been nominated for the European Poker Awards.

After the inaugural European Poker Conference on March 25, the Awards will happen in the evening at the Hilton Malta, which is right next to the casino. Liv Boeree and Ole Schemion, the two GPI points-based award winners will be awarded Female Player of the Year and European Player of the Year, respectively.