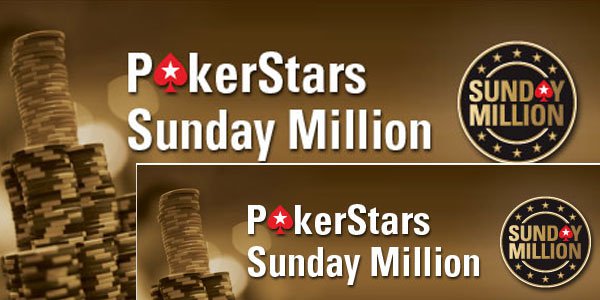 Last weekend, the Sunday Million 9th Anniversary tournament’s prize pool amounted to $10,086,400, which made it the eighth richest online poker tournament ever.

PokerStars has been very busy organizing tournaments and giving away cash to poker players around the globe. Just recently a $5,000,000 Guaranteed prize pool was set up for the PokerStars MicroMillions 10 championship, which ends on March 29. The world’s most popular poker championship, feature 100 events, such as the $22 NL Hold’em Main Event on the final day that guarantees $1 million.

$4,000,000 in cash prizes were guaranteed for PokerStars‘s sister company, Full Tilt, whose FTOPS XXVIII series kicked off last weekend and which will also climax on March 29, with 35 events to keep poker players happy. Players can go for a $1,000 buy-in for the Main Event which guarantees $1 million in prizes. The six-day Italian Poker Tour Malta Main Event with a 100 buy-in has already registered 1,279
players in Malta.

Meanwhile, Yuguang Li, a Chinese businessman from Hong Kong, won US $450,000 in the Macau Poker Cup events last weekend. The 36-year-old PokerStars player made Macau gambling news as he won both the Macau Poker Cup Red Dragon Main Event as well as the High Roller competition, in 48 hours chrono.

Brayden Fritzhall won a $597,719.60 first prize in last Sunday’s Million 9th Anniversary tournament, There were 50,432 online poker players registered in the tournament, which carried a prize pool of $10,086,400. Also happening is the EUR 5,300 in the Buy-in to the first EPT Malta Main Event, which takes place from March 22-28, with 69 events at EPT Malta planned.

EPTLive is scheduled to begin Tuesday, March 24 and will last for 5 days, with live streaming for the EPT Malta Main Event. The EPT Live kicks off 12.00 CET, except for the Final which will start at 13.00 CET and is available for view on Twitch, PokerStars TV channel, the official PokerStars Facebook and Youtube
Summary
A guaranteed prize pool of $10 million were up for grabs up to March 29 as PokerStars hosted the PokerStars MicroMillions 10 championship EPT Malta Main Event and Full Tilt, its sister company, hosted the FTOPS XXVIII series .