Poland’s Prime Minister Donald Tusk has decided that the country’s slot machines are an enemy to Polish society, and they will be 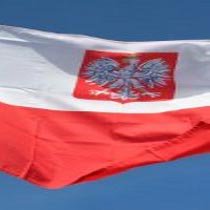 Poland’s Prime Minister Donald Tusk has decided that the country’s slot machines are an enemy to Polish society, and they will be dealt with accordingly. There are currently more than 50,000 low-paying gaming machines in bars, restaurants, gas stations, and shops across Poland. Tusk has declared that within five years, every one of these will be gone.


In a recent talk, Tusk announced, “We have decided on a definitive cut.” The changes will be gradual, and are going to take place without making any actual changes to Polish gambling laws. Tusk’s goal is to reduce the current number of slot machines by about 25% annually, until they are gone.


The strategy to rid Poland of gambling machines with low winnings also involves an enormous hike in the taxes that are levied on the machines. The current rate is around €180 a month, but soon this will be raised to €480 per machine. This is expected to force a lot of operators to remove their slot machines naturally. Once the standalone slot machines have been eradicated, machines will also be removed from the country’s smaller gambling halls. Eventually, local gambling laws will change, and gambling machines will only be licensed to operate in Polish casinos.


Tusk also hinted that his battle against gambling will eventually turn to <a href="/poland/" title="online gambling sites in Poland – online gambling sites in Poland. Current regulation is very loose, and Polish players find internet gambling to be readily available. No details have been released about how online gambling in Poland will be controlled – it is not yet clear whether Poland intends to legalize and regulate internet gambling, or to take measures to ban it altogether. Hopefully, Tusk understands that removing local gambling machines will force player with no choice but to turn to the internet.