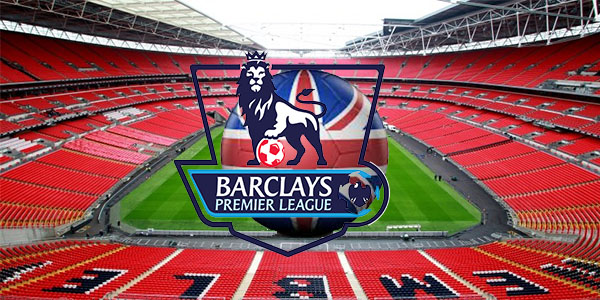 Sporting fans and punters will have a great chance to boost their playing accounts thanks to the matches being played in round 24 of the Premier League.

The Premier League is not regarded as one of the best football competitions for nothing. Every week when millions of fans tune in to watch the beautiful game they can feast their eyes on some of the best football in the world. Every team can cause an upset against a stronger side at any time, so fans are never bored and great entertainment is ever-present.

UK gambling news reports that this weekend we will have a chance to witness a fierce clash between Tottenham and Arsenal at White Hart Lane. If this doesn’t sound appealing then you can make sure to watch the mighty Chelsea take on Aston Villa away and Manchester City play against Hull. And lastly, we will also take a look at the QPR and Southampton game as well.

Tottenham vs Arsenal and Aston Villa vs Chelsea

Tottenham were a serious force in the league several seasons ago when they boasted the likes of Gareth Bale and Luka Modric, however now they are trying to play catch-up with other teams as they couldn’t adequately replace their big players. Mauricio Pochettino’s men now sit in 6th place with 40 points, but in reality they wanted to be higher up the table to compete for the major trophy.

Now they are getting ready to face their cross town rivals Arsenal in an attempt to surpass them on the table. While playing at home they have notched 6 wins, 2 draws and 4 losses, compared to Arsenal’s away record of 5 wins, 3 draws and 4 losses. Due to the record, Bet365 has decided to award the Gunners favorite status 2.10 (11/10), whereas Tottenham have been dealt underdog odds 3.20 (11/5) despite playing on their own ground.

Chelsea will travel to Birmingham where they will play against Aston Villa. The Blues have been in top form all season long and they are not looking to stop their sublime run any time soon. At home their record is nearly impeccable (10 wins and 1 draw), while away from home they have slightly less convincing stats (6 wins, 4 draws and 2 losses). Thanks to their fantastic performances they have been earmarked by UK mobile betting sites to win the game 1.30 (3/10).

Aston Villa on the other hand have been assigned highly unfavorable chances 10.00 (9/1) by Bet365, which is mainly due to the fact that they are all the way down in 16th position on the table with only 22 points from 23 games so far. Additionally, looking at their home record (2 wins, 5 draws and 4 losses) doesn’t aid their cause either as they go up against a team that is looking to lift the Premier League crown this season.

Manchester City vs Hull City and QPR vs Southampton

Manuel Pellegrini was successful in implementing a winning strategy in the City squad last season, however the rebirth of Chelsea has seen his hopes somewhat diminished to lift a second trophy in a row. The Sky Blues sit in 2nd place with 48 points and they blew their chance last weekend to close the gap between them and Chelsea as the encounter between them ended in a 1-1 draw.

At home they have been pretty good (7 wins, 2 draws and 2 losses) which is why Bet365 has earmarked them to beat 1.17 (1/6) Hull City on Saturday afternoon. The visiting have endured some disappointing results in recent times which has seen them win only 1 game out of the last 5 matches as all the rest ended in losses. Bet365 doesn’t put too much faith in them and have therefore decided to give them outsider odds 13.00 (12/1).

QPR had high hopes for this season after they managed to convince former Manchester United defender Rio Ferdinand to join them. However, they plans didn’t really pan out as expected so now they are struggling in the relegation zone in 19th position with only 19 points. Online sportbooks in UK have given them outsider chances due to their dire situation. Bet365 ranks their odds at 4.50 (7/2), considering they have recorded 5 wins, 4 draws and 3 losses while playing at home.

Southampton on the other hand are fighting fiercely to cling on to the top 4 spot. They currently find themselves in 4th position with 42 points and they have truly been a marvel all season long recording 6 wins while on the road, while the rest of the games ended in 1 draw and 4 losses. For this reason Bet365 has decided to give them preferential status 1.80 (4/5) against QPR.