Premier League Betting – Round 16 Will Showcase the Battle of Manchester 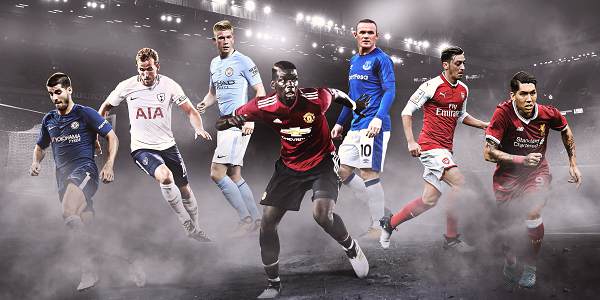 This upcoming Premier League weekend is set to be a real cracker, with several derbies on the agenda. London will see a clash between West Ham and Chelsea, while Anfield will stage the Merseyside derby (that means Liverpool v Everton, in case you didn’t know).

But the biggest clash of them all is reserved for last, set to be played on Sunday evening. It will see the league’s top two clubs lock horns at Old Trafford, where old rivals Jose Mourinho and Pep Guardiola will give their all in the “Battle of Manchester.”

After sacking club legend Slaven Bilic from his managerial post recently, West Ham are yet to find their a winning form. The Hammers have lost 4 of the last 5 games, and they are still stuck in the relegation zone with only 10 points from 15 matches.

Defending champions Chelsea would likely be top of the table now, were it not for Man City and Man United. With 32 points they’re in third position, and more importantly the Blues hold the second-best record away from home, again only after Pep Guardiola’s side. Although Antonio Conte’s men were held back to a 1-1 draw with Liverpool a fortnight ago, the match against West Ham is a no brainer; we’re definitely backing them to clinch a win with online betting sites in UK.

Round 16 of the Premier League will host the best games on Sunday evening, so make sure to tune in on time to catch the thrilling action. With Liverpool holding 4th position on the table, it’s easy to see why they’re regarded as the favourites for this derby. From the last 5 encounters, The Reds have sealed victories on 4 occasions, while recording only 1 draw in the process.

We will see the Clash of the Titans this week…( Photo: BBC)

When looking at Everton’s performance in recent rounds, it’s a completely different situation; they’re currently in the middle of the table with their stats being somewhat volatile – 1 loss, 1 draw and 3 wins. Considering the match against their biggest rivals will be played at their enemy’s home ground – Anfield – Everton will likely suffer a loss. However, if you think a sure bet doesn’t go along with your accumulator, then you might want to considering placing bets on the goalscorer or even the result of the game, with Bet365 Sportsbook.

It’s all about Jose Mourinho and his old foe from La Liga Pep Guardiola this round, so we should expect a great spectacle. Man City are still virtually unstop[pable; after 15 rounds in the Premier League they have 43 points from a possible 45, having recorded only 1 draw and no losses at all. Can they repeat the feat Arsene Wenger’s Invincibles achieved in the 2003/04 season, when they clinched the league without suffering a single defeat. It’s yet to be seen.

Normally we would have supported the Sky Blues, however we believe anyone that has any knowledge about football is that anything could be possible in this mouthwatering clash of giants. Considering the strength of both sides, we reckon the “Battle of Manchester” will end in a draw, possibly with goals. Bet on sports in UK (and especially this football clash) this weekend to capitalize on all the great sporting action.