In recent months, several Canadian provinces have discussed the possibility of legalizing and regulating internet gambling. 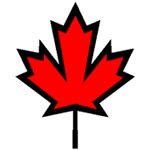 In recent months, several Canadian provinces have discussed the possibility of legalizing and regulating internet gambling. Only one has moved into action so far, with British Columbia launching the first legal online casino in Canada just a few months ago.

Now, Canada’s smallest province is joining in on the fun. Prince Edward Island, a breathtakingly beautiful island that is home to a mere 141,000 residents, recently expressed an interest in becoming the next province to offer internet gambling in Canada, opening up a series of discussions in town hall forums across the small island.

While local news reports say that the government only wants gambling to help with the island’s growing deficit, Finance Minister Wes Sheridan said the motivation is mostly social. By offering a legally-licensed and regulated online gambling site, officials hope to protect players from signing up with unlicensed gambling sites that are operated from other countries. While these international internet casinos are mostly reputable, there are a few bad seeds in the mix.

No plans are in place, all is just talk right now. While the idea has its proponents, many are speaking out against it, insisting that the government is only grabbing for money. Meanwhile, the government continues to talk, speculating about how they would be involved in the gambling operations, and about what impact it would have on the residence of Prince Edward Island.