Proof that Wishful Thinking Does Not Produce Millions From Casinos 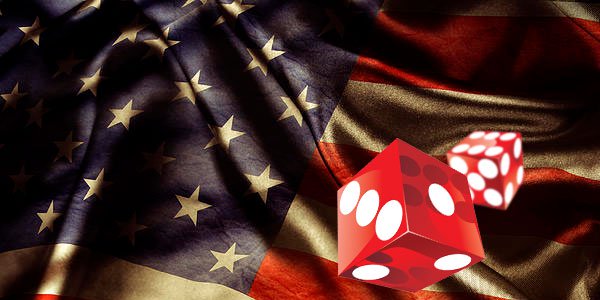 The odds are way off for some Northeast’s casino projects.

You will want to be careful about betting on the casinos just opened up in the Northeast’s states of Ohio, Maryland and Pennsylvania. There are growing speculations on whether they will flourish enough in the long term to fulfill financial expectations.

So far, the three states have been hauling in a lot less than what was first foreseen, state tax data show. Government officials are pointing fingers at some bloops and blunders that were made by some ‘unnamed charlatans’ in determining how much gamblers were expected to spend and how.

For it seems that the millions expected from the ambitious casino projects all boil down to ‘wishful thinking’. With the rise of the gaming industry, thanks to improved US gambling laws, dollar-waning states moved across state lines to Atlantic City, New Jersey, or Connecticut, where tribes own mega-resorts.

Pennsylvania is close behind Nevada in the race to be the new American Dream in the gambling marketing, pushing Atlantic City out of the way. This wasn’t very hard to accomplish, since Atlantic City is so much lighter these days, having lost 4 of their 12 casinos last year, and admittedly the remaining 8 aren’t quite making millions.

So who are these ‘invisible charlatans”? It turns out that they are the all-powerful consulting firms. States such as Massachusetts and New York skipped the usual in-house analyses, to bring in outside experts to conduct market research, to assess the numbers from the developers and to guide state officials who acknowledge their limited experience with the gambling industry.

These consulting firms are paid handsomely to see if the next casino being built will be worth its size in gold. Instead of employing these financial wise men, who seem sometimes to be making wisecracks, officials would be better off heeding to common sense.

It’s not that hard to deduct that the Northeast’s enclosed territories can’t quite produce the mega resorts dreamed of; And as analyst Alan Woinski confesses ‘This isn’t a science’ and for laypersons like you and me, it means there are simply no guarantees when gravity models are projected.

These models are built, based on the hope, and apparently not the fact, that ‘the bigger the casinos, the more people are drawn from farther away’. Developers and regulators use this to sum up the potential money-grinding capacity a casino property has, premised on factors such as how many gamblers are in nearby towns.

And that’s where snags are spun. Not because there are 3 million in the town next door it means that even half of them will come on in to the Northeast states to spend big dollars on a regular basis hence, projection errors are made.

Developers fish from the very same data on a regular basis in order to make more eye-boggling higher projections. Moreover, their law-making counterparts, who themselves control the figures use these data when its time to choosing among rival bids for handing out casino licenses. For assessments formulated can fluctuate so much so, that even competing developers are left gobsmacked.

Mohegan Sun’s chief executive in Connecticut said that when the company’s bid was overrun by that of Wynn Resorts to get a casino license in the Boston area, the Canadian consulting firm working with the Massachusetts Gaming Commission should have questioned the high amount Wynn Resorts had projected, to be spent by international high rollers.

CEO of Mohegan Sun, Mitchell Etess, commented on his firm being out-bidden “I don’t think enough questions were asked by the consultant. If you’re in meetings with the gaming commission, and you get the sense they like Wynn, you’re not going to ask a lot of questions.”

A consulting firm in Massachusetts, Cummings Associates, recently led a study which showed how estimates for one and the same casino project could vary by up to 20%. Most of the times when the casinos were constructed, the financial projection was almost always too elevated.

Although casinos do generate, for the most part big bucks and some do outdo the financial revenues forecast predicted by cautious consultant firms, the fact is most do not and it is becoming clearer with each sprouting casino that “state averages have been below forecasts that set expectations for tax revenue”.

Take for example over in Ohio, the state Department of Taxation bet that with the constitutional review in October 2009, the casinos would generate around $470 million of much-needed tax revenue on a yearly basis. It turned out that last year’s total tax revenue from the casinos barely made it past $267.5 million.

Mike Sobul, who was the tax department’s director of research at the time admitted that “In retrospect, we were guessing”. It seems the gravity model that the Ohio officials uses to assume industry profitability is way too rosy.

Officials underrated “how the recession would affect consumer spending” Sobul explained. The $80 per pupil support that casino cash was expected to provide across the state of Ohio is in reality seeing only $51 being spent on each pupil.

In December 2008, the Department of Legislative Services calculated that Maryland would benefit from hundreds of million of casino revenue : this turned out not to be true, not because the money went into some corrupt official’s pocket but because this amount never came out of all those projected gamblers’ pockets in the first place.

Even in Pennsylvania, the casino upsurge success story from mere slot machines, never happened either. That is, until additional table games were brought in, in 2010, to spike revenues to extend above those that were foreseen by special task forces.

Defending the right to project wrongly

Spokesman for the Pennsylvania Gaming Control Board, Doug Harbach, downplayed such erroneous predictions by stating that the projections were not that inflated, “You have to take into account that the market in surrounding states now has much more competition,” he said.

Despite the spotlight being given on revenue projections for the land-based and online casinos in the US many gaming know-hows think the main issue is the banks’ loaning power. For banks carry out their own research to decide if it’s worth lending money or not , for constructing a casino.

The President of Winter Park’s Innovation Group, a consulting firm hired to forecast business, Michael Ross, points out that “If a bank is going to put up a hundred million dollars, that’s a tacit show of feasibility”.

Enrique Zuniga, Massachusetts Gaming Commissioner, said of the Wynn vs. Mohegan Sun bidding issue, like most other bids for licenses, officials know that projections are just that, projections, but other factors are usually taken into consideration too, such as “details of the proposed property, the developers’ established clientele and market research”.