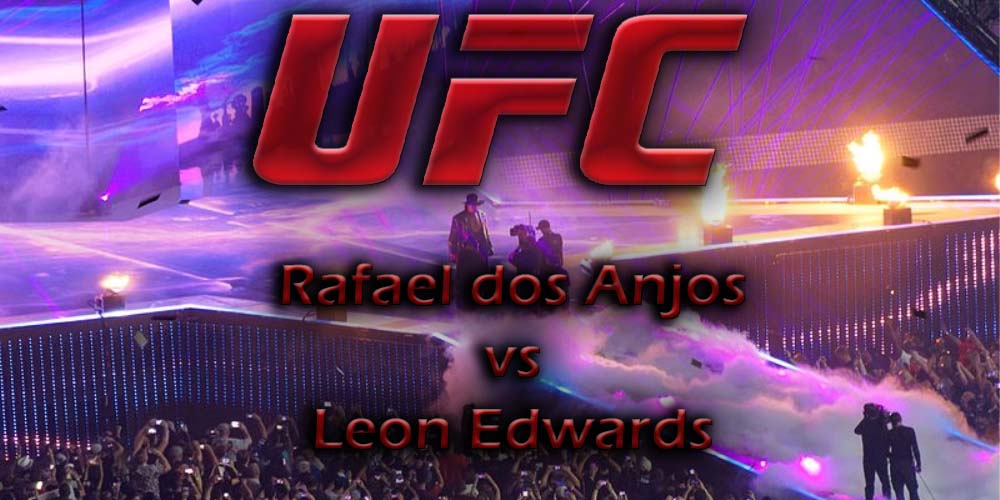 Dos Anjos takes on Edwards on July 20 in the UFC on ESPN 4 main event. According to Rafael Dos Anjos vs Leon Edwards betting odds, the British contender is favorite to come out victorious from a five-round fight in the welterweight division.

The Veteran fighter and the former Champion, Rafael dos Anjos has a lot more experience in the octagon. However, his stats and poor performances throughout the past few years, does not match him with Leon Edwards who hasn’t lost a fight in four years.

Dos Anjos holds a professional record of 11 losses and 28 victories, 5 of them by knockout and 9 by submission. While Edwards lost only 3 times and has 17 victories, 6 of them by KO.

Rafael lost half of his last eight matches

34-year-old Rafael dos Anjos might not be the one you want to place your bet on. By many, his era is over and Rafael is no longer considered one of the best Brazilian UFC fighters.

#3-ranked Rafael dos Anjos was crowned the UFC Lightweight Champion after he beat Anthony Pettis on March 14, 2015. Later, he defended his title against Donald Cerrone and was expected to remain the Champion for some time.

However, he gave up the title in a shocking match to Eddie Alvarez in the first round. Ever since the former UFC Lightweight Champion is not presenting the same quality. He won only half of his last 8 fights.

However, Rafael beat Kevin Lee by submission in the 4rth round on May 18, 2019. But, he couldn’t convince online sportsbooks in Brazil to set the odds in his favor.

Leon Edwards dreams of a shot at the title afterward

The British fighter is so confident on winning against the former Champion, Rafael dos Anjos. All he is thinking is earning a shot at the UFC Welterweight Championship. He dreams of not only to claim the title but to avenge loss to Kamaru Usman the Champion who beat him about four years ago.

“I feel after going out there and beating Rafael dos Anjos, that will put some eyes on me. And I would love, after beating him, getting the rematch against Kamaru Usman. For me to go out there and beat him after he beat me four years ago, would be the perfect story,” Edwards told MMA Junkie.

Leon Edwards has not suffered a defeat ever since. Currently, he is on a seven-fight win streak over top contenders such as Donald Cerrone, Vicente Luque, and most recently, Gunnar Nelson.