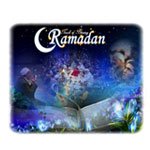 Wednesday marked the beginning of the month of Ramadan in the Moslem world – and perhaps the end to any sort of freedom enjoyed by those playing at online casinos in Indonesia. Various clerical and political leaders announced on Tuesday that a full-scale ban of online pornography would be in effect through Ramadan – and that the ISP firewall model would next be used in blocking Internet casinos and sportsbooks in the country.

Communication and information technology minister Tifatul Sembiring confidently estimated that access to 80% of sites deemed “offensive” had been completely blocked to citizens of Indonesia. While most of these are typical pornography sites, addresses like ComicMuhammad.blogspot.com – supposedly the fifth-most popular among the banned sites – were also included.

Once Ramadan is over, Sembiring will get to work on blocking other “undesirable” sites, beginning with those featuring gambling, violence and “inciting religious hatred.”

The plan, called “unworkable” by some observers, was originally conceived from a request by the Indonesian Child Protection Commission that the Anti-Pornography Law of 2008 be strengthened. Some anti-gambling interests and certain conservative religious elements managed to have the online gambling sites in Indonesia included in the new legislation calling for ISP blockage.