Robinsons Retail Drops on Debut thanks to Typhoon Damage 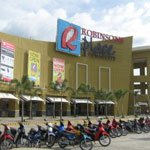 Typhoon Haiyan swept through south and central Philippines at the weekend, displacing half a million people and destroying homes and businesses. Through all of this, one of the lesser reported stories was the initial floating of giant supermarket chain Robinsons Retail. Following in the footsteps of casino operator Travellers International Hotel Group, shares were down on debut.

While Travellers could blame harsh Philippines gambling laws, Robinsons Retail have the typhoon to turn to when it comes to their low valuation. Indeed, the company was down almost 8% on its initial offering, as 55 of their stores were damaged in the typhoon.

Yet a high profile court case against Kazuo Okada has thrown those plans into doubt, despite the Japanese casino magnate insisting the massive casino resort project would go ahead. Considering the poor debut offering of casino operator Travellers. With unresolved tax issues surrounding the business, any more positive gambling news seems a way off for the Philippines.

Yet this all came a distant second to the tragic events that unfolded throughout the past days, with Typhoon Haiyan destroying whole towns and cities. While it did not reach Manila itself, the devastation felt on central islands will surely have widespread implications for the Southern Asian country.

With casinos due to open in Far Eastern Russia, Australia, and even Japan in the relatively near future, any new Philippines casino will face extreme competition, however. The Chinese market is large enough to supply them all, however.