Roland Garros Women’s Odds: Halep Is the Favorite in the Absence of World No1

News >Roland Garros Women’s Odds: Halep Is the Favorite in the Absence of World No1 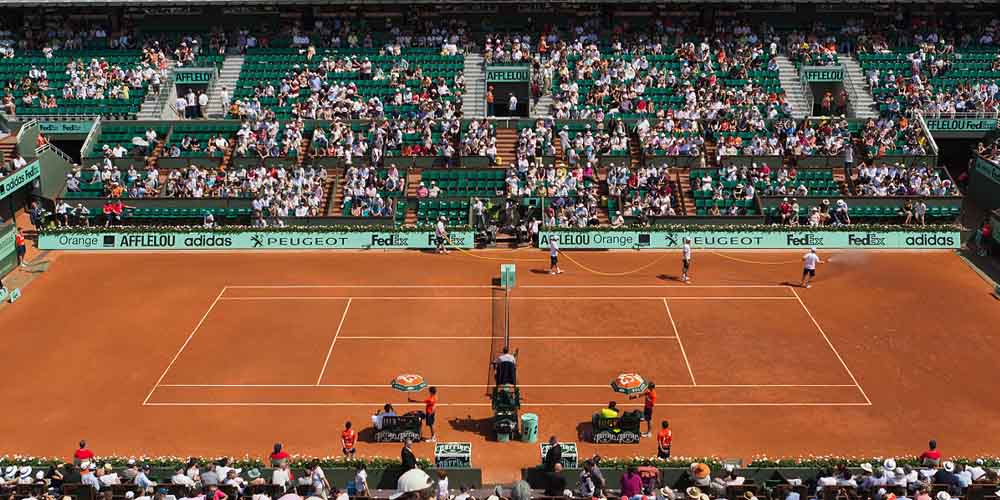 The next Grand Slam tournament of the season, the French Open has already started with the qualifying rounds, while the first round will begin this Sunday. Though a few players, including the defending champion and world No1 Ashleigh Barty have withdrawn from the event, most top players will be there. In the Roland Garros women’s odds Simona Halep became the favorite but she will face tough competition.

This year’s French Open has been moved from May to September and will be the last major tournament of 2020. It will be interesting to see how players can play with many of them performing on their first major Grand Slam after the long break. While others like Serena Williams and Victoria Azarenka have also taken part in the US Open. And some players will miss out this tournament as well, like Australian world No1 Ashleigh Barty who is also the defending French Open champion. But won’t be in Paris the fresh US Champion Naomi Osaka or Canadian world No7 Bianca Andreescu either.

The Romanian top player is currently second in the WTA ranking. But after the withdrawal of world No1 Ashleigh Barty she is the top seed in the French Open. Online sportsbooks in France offer the odds of 4.36 for her victory. Halep seems to be in great form after winning in Prague and Rome and getting her second and third title of the year. The 2018 Roland Garros winner has won her first Grand Slam title in Paris, so should have great memories from this court. Even though last season she lost against young American Amanda Anisimova in the quarter-finals, she will be the biggest favorite now.

But certainly, other top players will also fight for the trophy. Like a big returner, Victoria Azarenka, who got to the final of the US Open two weeks ago. In spite of losing there against Naomi Osaka, the Belarusian former world No1 performed superbly. She defeated Serena Williams in the semi-final. She won her first WTA title in the Western and Southern Open this August since 2016. Azarenka got to the quarter-finals of the Italian Open as well. She can await the Roland Garros with high hopes. Her odds at the 1xBET Sportsbook to win her fourth Grand Slam title is 9.00 in the Roland Garros women’s odds.

Other top players who can win in Paris

Online gambling sites in France mention the next three players with the same odds. First Serena Williams who is chasing her 24th GS title to finally equal the record of Margaret Court. She was close to winning on several occasions in the last few years like in the finals of the 2019 US Open but had to settle as a runner-up every time. And even though she has already won the Roland Garros three times, this might not be her strongest court.

Czech Karolina Pliskova is also a former world No1, she is in 4th place at the moment. The winner of the 2016 US Open got to the semi-finals in Paris in 2017 which is her best result so far. This season she is not that convincing though. After her great start and defending her title in Brisbane, she only got the 2nd round in the US Open. Though she was in the final of the Italian Open last week but had to withdraw from it due to injury. Her and Serena’s odds are 10.00 on 1xBet just like Spanish player Garbine Muguruza’s. The 2016 Roland Garros winner struggled last year but seems to return to form now. She was a finalist in the 2020 Australian Open, losing there against American Sofia Kenin. Muguruza got to the semi-finals in the Italian Open, hopefully, we can see another strong performance from her in Paris.