As in many European nations, the government of Romania is facing fiscal difficulties and they’re turning to a popular solution: Regulating Internet-based 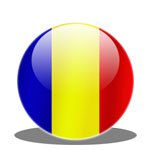 As in many European nations, the government of Romania is facing fiscal difficulties and they’re turning to a popular solution: Regulating Internet-based bookmakers and online casinos in Romania in order to generate much-need tax revenue.

Romania finance minister Bogdan Dragoi recently told national press agency Mediafax that taxation of Internet gambling in Romania would be quite a profitable venture once the government formulates a proper regulation scheme.

Dragoi even brought weight to his argument, citing as proof the fiscal success the government has enjoyed since new Romanian gambling laws for land-based casinos were implemented for 2009: Romania enjoyed a whopping 458% increase in tax revenue from gambling year-on-year, from RON 120 million (€28.7 million) in 2008 to RON 550 million (€131.7 million) in 2009.

Official estimates as to the current amount wagered online in Romania are put at a maximum of €500 million, but does not include spikes such as the one recently seen in World Cup betting around the world. Dragoi figures regulation of online gambling in Romania could be worth about €130 million more for Romanian coffers.

“We are looking into ways to regulate online gambling,” said Dragoi, “and if we manage to control [tax] collection, we will authorize them.”

Current Romanian gambling law is fairly laissez-faire to its citizens and neither explicitly forbids nor allows playing by Romanians, but companies based in the country are not allowed to provide online gambling sites in Romania.