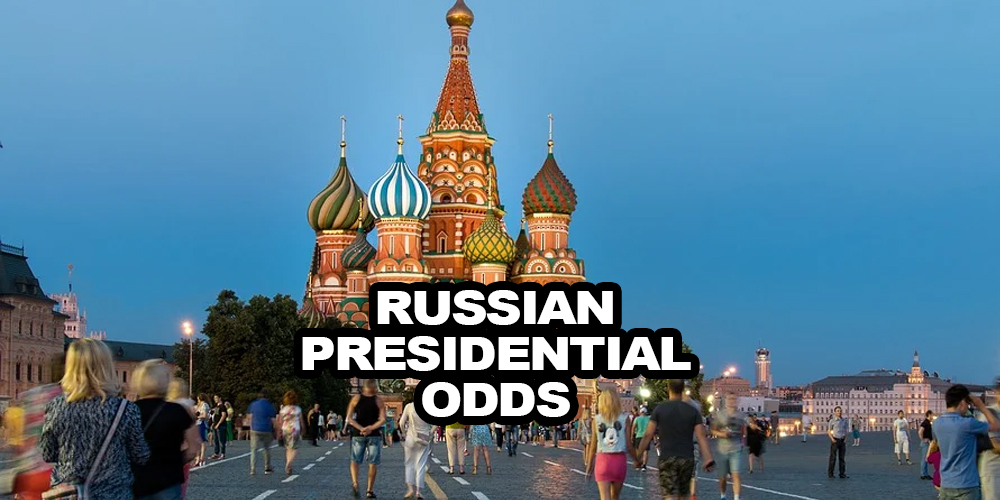 1xBET has recently exposed Russia’s next president odds. According to predictions, two next heads of the state can be different. Putin will undoubtedly win the 2024 election, but who can surpass him during the next presidential race?

Presidential elections in Russia have been quite predictable during the last two decades. Vladimir Putin has occupied the office since 1999 and does not seem to resign. Indeed, the sitting president will definitely spend one more term as the country’s leader apart from the current one. However, online sportsbooks in Russia give interesting odds on the one after the next president that is worth looking at.

Russia’s next president odds before 2031: Putin or…?

Vladimir Putin has been a sitting president in Russia for almost two decades in a row. He became the country’s leader in 1999 and spent nine consecutive years on this post. Following the Constitution of Russia, Putin resigned for the next 4 years giving the post to Dmitry Medvedev. From 2008 to 2012, Putin stayed at the position of Prime Minister of Russia. Then, he was elected as the president again. He has been keeping the post since then without any possibility to cede it to someone else.

Under Putin’s leadership, Russia has experienced de-democratization as well as economic problems, tension with neighboring countries, and an increase in the poverty level. However, there is no chance for Putin to resign in the near future.

As soon as the 2020 Russian Constitution changes have been approved, Putin was given the right to run for the presidency over and over again. There is no doubt that he will win the 2024 election, but there is an interesting prediction about the next term. Who can surpass Putin in 2030?

A female president for Russia

According to Russia’s next president odds at 1xBET Sportsbook, there is a chance for a female candidate to win the presidential election by 2031. Such an interesting hypothesis makes sense for three reasons: one of them is 79.00 odds at the sportsbook. What are the other advantages of having a female president in Russia?

Apart from 1xBET predictions, a female president can be elected in the Russian Federation due to Putin’s age. The sitting president is almost 68 now; he will be 72 by the next election and 78 by 2031. This is quite a considerable age for ruling the country, especially taking into account the average life expectancy in Russia: 65 years among male residents. If Putin will not be able to rule the country within the next 10 years, there is a chance for young blood to come out.

Having a female president will also help Russia to raise its credibility in the world’s eyes. Currently, the country is known as a patriarchal society with almost all males in leading positions. According to the IPU data, only 3% of women had seats in the Russian Parliament in 1997, and their number has increased only by 16% by 2019. In this case, a woman-president can be a huge step towards Western principles and values.

If you think that a female candidate can win the election by 2031, use Russia’s next president odds at 1xBET Sportsbook to bet on this variant.