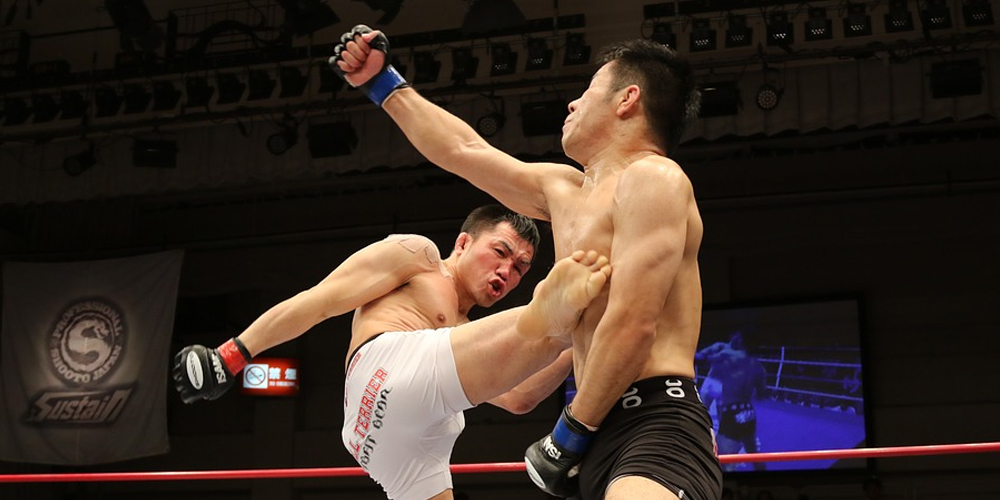 Jorge Masvidal gets a title shot after all! The “BMF” titleholder steps up for welterweight championship fight against Kamaru Usman on a six days’ notice. It is the best great late-replacement bookings in UFC history, and bookies have odds for Usman vs Masvidal fight running.

With outstanding matchups, perfect location, and three title bouts, UFC 251 is officially the MMA event of the year. The tournament will take place at Yas Island, Abu Dhabi on July 12. The pair of top 170 pounders holds the intrigue of the evening for more than one reason. Leading online sportsbook sites in the US have early odds in place for the welterweight championship fight.

Kamru Usman is one of the dominant fighters on the UFC roster. He sports a 16-1 professional record with 7 victories secured via KO. Riding a 15-fight winning streak, he knows no defeat during his UFC stint. Many experts think that the Nigerian Nightmare is slowly running out of genuine contenders for his belt.

However, there is a line of decent fighters who deserve to have a crack at him. Jorge Masvidal is one of those contenders. In a shocking turn of events, he finally lands the title shot six days prior to the tournament. Odds for Usman vs Masvidal hit the online sportsbook news in the US as soon as “Gamebred” agrees to fight.

The 33-year-old Auchi-born is at the top of his game. Coming off a wrestling background, he has an unmatched grappling performance. He will probably try to land long-range jabs, front kicks, and heavily rely on takedowns. It appears from his last bout that Usman has improved his striking considerably. At this point, the edge that Bovada oddsmakers give him is no brainer.

Defying the underdog odds for Usman vs Masvidal bout

This matchup is as much of a shocker as it is wanted. Jorge Masvidal could secure this fight earlier, yet he refused to step into the Octagon over contract terms. With Gilbert Burns out of the contest, the 35-year-old fighter got another chance to negotiate with the promotion. He is a perfect challenger in every aspect.

Priced +230 at Bovada, Masvidal will enter the bout with a 35-13 professional record. He has 18 career stoppages with 16 secured via KO. Picking up back-to-back victories over Darren Till, Ben Askren and Nate Diaz, the Miami-born is on a 3-fight winning streak. He was quite dominant last year, earning the symbolic UFC BMF belt.

The Gamebred is about to set a very unusual record. He will become the man with most career fights to land a title shot. Despite getting underdog odds for Usman vs Masvidal bout, he is far from being the longshot. Yes, he has only six days to prepare for the match with no help from the camp-mates and no sparring.

Nevertheless, Masvidal is a well-rounded fighter. Coming off a boxing and kickboxing background, he is one of the best hand strikers on the roster. He packs a rather aggressive standup game and is not opposed to other forms of striking. The last three of his fights ended in KO/TKO stoppages.

Putting money on a tap-out won’t pay off. Submissions are not the best route, but the American is still likely to succeed in such a position. However, Gamebred’s best bet is the quick and pivotal strike. Before taking the odds for Usman vs Masvidal title clash, make sure to check out the review about Bovada Sportsbook.