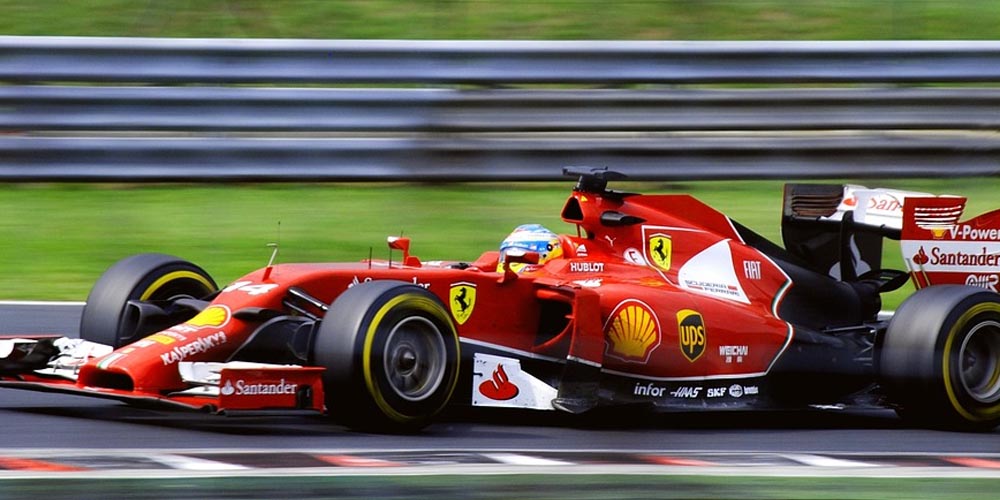 After a very long wait, finally fans can watch a Formula 1 race again with all the best drivers from Lewis Hamilton to Max Verstappen. The first race of the season will be in the Red Bull Ring in Spielberg, Austria. In preparation for the race we took a look back to the previous races and made a list of the best Austrian Grand Prix moments.

The first Austrian Grand Prix was held in 1964 at a race track on the Zeltweg Airfield. Ferrari driver Lorenzo Bandini got his first and only victory there, but the track was said to be too dangerous. The race was removed from the F1 calendar until 1970 when it returned on a new track called Osterreichring, close to the original location. Then in 1987 the race disappeared again for a decade, but since 1997 drivers could run on a refurbished track. The A1 Ring held the race until 2003, then returned again in 2014 thanks to the new owners Red Bull. So as you can see, the ring itself had a diverse history, with some memorable moments.

5. Brambilla’s only victory in the best Austrian Grand Prix moments

In 1975 another Italian driver managed to win his first and only race in Spielberg. Rain specialist Vittorio Brambilla, who was a driver for UK constructor March that time. Brambilla, who was nicknamed “The Monza Gorilla”, drove superbly in the wet conditions and won the race by 27 seconds ahead of Mclaren’s James Hunt. But what made his victory even more memorable was his crash a few meters after taking the checkered flag. Luckily it didn’t affect his result, so Brambilla could take the victory even though the race was halted after 29 laps.

This race is mostly remembered as it had to be restarted twice. At the first time Martin Brundle crashed at the starting line, with three more cars colliding. In the second start Nigel Mansell suffered from clutch problems and cars could only avoid him with millimetres. But the cars in the middle were not so lucky and half of the grid collided. The third start happened only two hours later, with many drivers in a spare car and starting from the pitlane.

There was no accident at the third start, and Nelson Piquet in the Williams led the race ahead of Thierry Boutsen and Gerhard Berger. Until the 20th lap when his teammate, Nigel Mansell overtook him while Piquet was occupied with lapped cars. It was a Williams 1-2 at the end, a result which is not very likely to happen this weekend. Williams has the highest odds, 3001.00 to win the 2020 Contructors’ Championship.

3. Collision between Leclerc and Verstappen in 2019

Fans could see a great battle in last year’s race between the biggest talents of Formula 1 right now. Max Verstappen and Charles Leclerc as online sportsbooks news in Austria were also reporting. The two youngsters started beside each other on the grid, with Leclerc and Ferrari in the pole. Verstappen’s Red Bull didn’t have a good start and the Dutch fell back to the 8th place. But he managed to extend his pitstop with 9 laps compared to Leclerc and the Mercedes drivers. He returned back to the 4th place.

With 15 laps to go Verstappen was in 2nd place, only 5 seconds from Leclerc. He caught him with 2 laps before the end and after a failed attempt, he successfully overtook the Monaco driver at a sharp right-hander at Turn 3. It was thrilling racing, hopefully we can see several similar actions in the future too. Especially with Verstappen being one of the favorites to win the Austrian Grand Prix this weekend.

In the 1982 race Alain Prost in the Renault was set to win the race, when 5 laps before the finish his car suffered a mechanical failure and it burst into flames. After this point, the two drivers behind him, Elio de Angelis in the Lotus and Keke Rosberg in the Williams started to fight for their maiden title. De Angelis was leading in the last lap, but Rosberg was closely behind him. But the Lotus driver managed to defend and got the closest win in the Best Austrian Grand Prix moments. The difference was only 0.050 seconds between the two drivers, less than half a car length. It was a great victory for Lotus, and also the last one until 1985.

1. Mercedes drivers collided in the last lap in 2016

In 2016, the two Mercedes drivers, Lewis Hamilton and Nico Rosberg, had already had some clashes by the time of the Austrian Grand Prix. But as Hamilton was in the pole position and Rosberg only in 6th place, everyone thought that they could avoid each other this time. Well, they couldn’t. As in the last lap Rosberg was in the lead thanks to his better tyre strategy, while Hamilton tried to overtake him. In Turn 2 they collided after Rosberg’s aggressive defense. But he damaged his car in the maneuver and could only finish the race in 4th place. While Hamilton managed to return back to the track and won the race.

But even that win wasn’t enough for the Brit to defeat Rosberg that year. As  he won his only world championship title in 2016. Of course, online gambling sites in Austria predict Hamilton’s win for this weekend. And he is the main favorite to win the 2020 World Championship as well with the odds of 2.75.