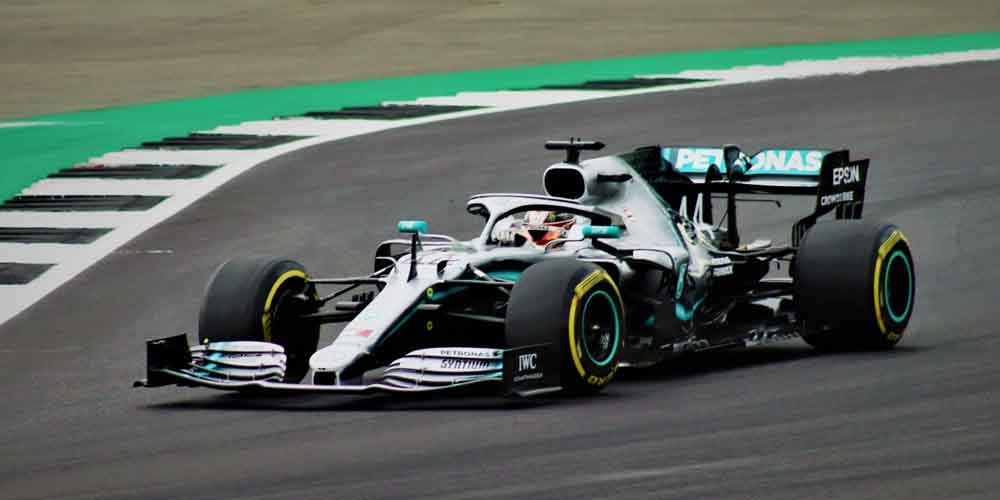 There’s no such thing as a free launch and despite unveiling their new black livery Mercedes face a new resurgent Red Bull. The F1 Austrian Grand Prix odds on Verstappen have now fallen, at online sportsbook sites in Austria like Bet365, to just 2/1. This is the same as the current World Champion, Lewis Hamilton, garners. So, can we finally bet on F1 being more than just Mercedes mauling the competition? The 2020 season could well provide us with a wholly unexpected answer.

It was supposed to be a season in the shadow of its descendants. Everyone in a holding pattern waiting for the rule changes in 2021. It didn’t work out like that. Circumstance pruned the season and the situation instituted a whole raft of other changes. It will now be a unique season in the history of F1 for entirely different reasons. A realistic challenge to Mercedes could be one of them. The F1 Austrian Grand Prix odds on Verstappen currently equal Hamilton’s. That’s not usual.

Mercedes’ dominance has been all but the total for the last half-decade, but suddenly online betting sites in Austria like Bet365 aren’t convinced. So is this really the season Red Bull gives Mercedes a run for its money? No, probably not. The F1 Austrian Grand Prix odds on Verstappen might make it appear so, but look deeper. Hamilton is still clear favorite to be World Champion. Max off at 9/2 well behind Lewis’s 8/13 odds. So is this going to be a track-specific challenge?

Bet On The Austrian Grand Prix At Bet365

Two back-to-back races in Spielberg at the Red Bull Ring means a sizeable chunk of the season is at one venue. A venue Red Bull knows only too well. Are the F1 Austrian Grand Prix odds on Verstappen then a reflection of track-specific tuning? Will he be driving a car that’ll fly around Spielberg only to languish horribly elsewhere? You can bet on Ferrari to have their car perfect for Monza. In Austria Charles Leclerc barely gets 5/1 and Vettel a rather less than flattering 13/2.

Amusingly Valtteri Bottas gets 6/1 to win in Austria. Given his subordinate position in the team that then is a wager on Lewis Hamilton crashing, possibly into Max Verstappen. It could happen. Of course, if it did, that 25/1 on Alexander Albon you can pick up becomes a superb bet on sports in Austria. Albeit an each-way opportunity. He couldn’t win but a podium might be possible if the big boys go at each other into that hard right-hander. They might not both make it out again.

F1 Austrian Grand Prix Odds On Verstappen Could Be One-Off

Those toying with these new F1 Austrian Grand Prix odds on Verstappen will remember he has no fear of that corner. Just ask Charles Leclerc. So then is this a one-off instance in which Mercedes don’t have the upper hand? Well not really. There’s another race the following weekend. The first very much setting the tone for the second. You can bet on Mercedes coming back very strong if they fail to find a win in the race on Sunday. Which explains those other odds.

Mercedes might face a challenge in Red Bull, but the bookies still think they have the Constructors championship all sewn up. This, again, lends itself to the theory that perhaps Red Bull are going for two wins, and some podiums this year. They could well be. 2021 still exists, and this is a season caught in its own bubble. So perhaps that’ll do for them. Whether that’ll encourages punters to take advantage of Austrian gambling laws and grab those F1 Austrian Grand Prix odds on Verstappen is another matter.

We take a look at the F1 Austrian Grand Prix odds on Verstappen which have begun to equal those the bookies give to World Champion Lewis Hamilton.