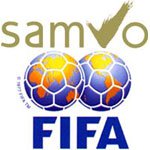 Football is by far the most popular in Europe, and possibly the most popular in the world as well. The recent highly televised international tournaments gained millions of new fans for the game. The World Cup final is viewed by billions, the Champion’s League is becoming a mix of Clash of Titans and a soap opera with followers from Timbuktu to Tibet.

Many like to combine enjoying football with betting on the results. It has been a part of football culture ever since the first leather ball was kicked in the league at the end of 19th century. British gambling laws have always allowed betting on sports results, bookmakers could legally operate on the Isles.

However, every year scandals that operate with pre-set scores for matches shake the fans who bet on sports in UK. The authorities usually find several rings of criminals who try to bribe players and referee. The outcome is spoilt fun, lost supporters and of course lost money.

FIFA founded EWS in 2005, the core of the system is the cooperation of over 400 global sport betting agencies. They use their own technical monitoring system to prevent betting fraud, referee rigging and player manipulation. joining other bookmakers committed to protecting the integrity of football.

“Like FIFA, Samvo is 100 percent committed to upholding the integrity of sport & takes a zero tolerance approach to any individuals or groups trying to manipulate football matches in order to perpetrate betting fraud” a Samvo spokesperson said, also emphasizing that the company is proud to join the community of committed and responsible bookmakers.