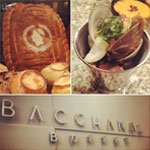 Let us give you the tastiest bit of United States gambling news. Bacchanal Buffet at Caesars Palace in Las Vegas, Nevada opened on 10th September, 2012. In Roman times, Bacchanal was a feast of decadence. Bacchanals at Caesars Palace were famous gourmet experiences that attracted food lovers from all over the Globe before closing in 2000.

The newly opened Bacchanal Buffet will have almost 500 (yes, five hundred) food items on the menu, prepared in nine open kitchens. An international collection of chefs, many of whom trained in Michelin Star-awarded restaurants created the extensive menu. Oh, please forget the heat lamps and steam warmers, most of the food is prepared right in front of your eyes from fresh ingredients.

So, why is this extravaganza? Las Vegas enjoys one of the most player-favorable American gambling laws, no wonder it attracts international high rollers. And they are a demanding crowd, only settling for the best, whether it comes to food, gambling or entertainment. Therefore Las Vegas hotels consider a matter of pride to have an excellent kitchen.

It seems the Bacchanal Buffet raises the standard for Las Vegas hotel restaurants. Guests will have a choice between Mexican, Italian, Chinese, Japanese, American and Seafood cuisine, as well as a Pizzeria, Deli and a separate Dessert kitchen.

Still feeling hungry? How about a pizza served straight from a wood-burning oven? For those with a sweet tooth, there are chocolate, vanilla and pistachio souffles (baked to order), a fabulous creme brulee and sorbets to chill the stomach.

Can’t pay a visit to Las Vegas? You can always try on of the Vegas-style online casinos in United States.