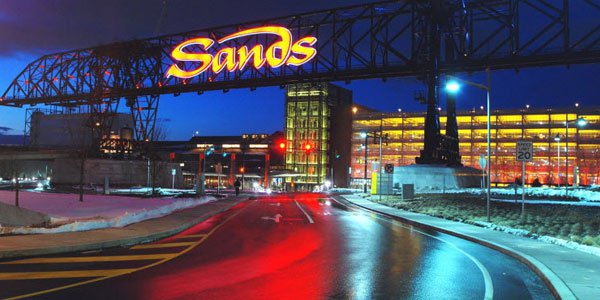 Sands Casino announced that yesterday they were granted with a state approval that allows them to become the first casino in Pennsylvania to have stadium gambling. The multi-million project they are involved with, is supposed to provide 150-seat table games “stadium” equipped with hybrid electronic machines, run by live dealers. The live dealers are pretty popular in Macau and Singapore, but until the present day have not been introduced in the United States. According to gambling news, the realization of the project will give opportunity for 51 new Sands jobs and will replace the under-performing Infusion bar, Sands Bethlehem.

Sand Bethlehem is an expansion of Sands casino business

According to Mark Juliano, CEO at Sands Casino, the stadium gambling will soon bring the state’s most profitable table games. Sands Bethlehem, according to Juliano will have the biggest electronic, live-dealer table games in the country, even bigger than the one present in Las Vegas. “We’ve decided to get real aggressive and go right to 150. As the world moves toward electronics, digital and automated everything, we are trying to keep pace with that. We’re pretty confident that people are going to like these,” Juliano said to the gaming board yesterday.
According to the reports by Sands casinos, their table games such as blackjack, roulette and craps brought around USD 200 million last year, which is nearly 50% more than the next closest Pennsylvania competitor, Parx Casino.

The new stadium looks set to introduce live dealers in the US which will give the player the impression of a live table, at a luxury casino, without the worry of being watched by five other players. This kind of games are already provided by Las Vegas Sands Corporation in Asia but are pretty new in the United States. Parx Casino has previously tried to offer something similar as well as a smaller stadium than the Sands Bethlehem but they are still waiting for the legal permission.

The stadium innovation, which according to online gambling sites in the US, brings the start of a new era in the casino gambling, is expected to attract a mass of young gamblers. Further, the profit that Sands plans to make for this year is considerably increased in comparison with the last year’s projections. The tax on slot machines in Pennsylvania is 55 % but due to the fact that the casino tables needs to employ dealers, pit bosses and supervisors the tax rate is decreased to only 14 %.

When the costumers are concerned, the target group of the new stadium are mainly the young and inexperienced players that can afford lower wagers of around USD 5 per hand minimum. However this is exactly the reason why the idea for the stadium was widely criticized in the public. Bill Kearney, a former gambling addict, is for years now objecting to the Gaming Control Board for their approval of new games and concepts such as stadium gaming.

As Kearney notes “they’re easier to use and cheaper to run, and it’s really just another way for the casino to get more young people hooked.” Kearney, has lost his business and family after losing $2 million on the tables in Atlantic City in 1984-85. He further mentions that “the Gaming Control Board should deny them but, of course, they won’t. They’ll keep expanding until they have everyone playing.”

The terminals on the stadium are planned to look similar to slot machines and each player will have his or her own. No chips nor cards are dealt to the players. Only a live dealer in the middle of the stadium deals a hand which can be seen on a video by each player. The games are also becoming faster than the traditional table games because there are no stoppages to cash in money or pay off bets. The machines of the players do that electronically. When the players want to terminate their game, they just click and take their money voucher, report online casinos in US. This simple way of playing is expected according to the officials of Sands to make a revolution in gambling, allowing the company to conquer a completely new market.