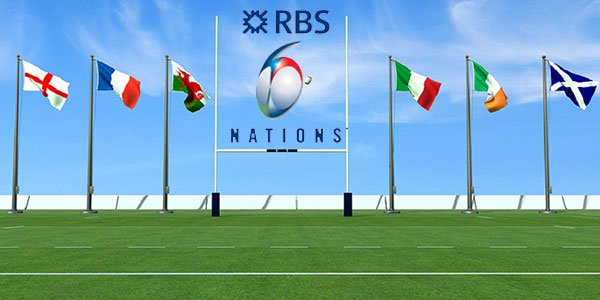 It’s round two of the 2015 Six Nations Rugby tourney this Valentine’s weekend and sportsbetting fans are in for some treats and surprises.

The Six Nations rugby tournament is here again. So far, in round one of the tournament, no one seems quite happy, whether they are winning or losing though. Look for example at France’s win against Scotland last Saturday, February 7, 2015. Camille Lopez confided that though his team won 15-8 against Scotland, his team’s poor attack strategy just didn’t go down well with some fans, sports commentators and of course trainers.

• England boosted this week with the return of Brad Barritt and Kyle Eastmond
• Liam Williams replaces George North for Scotland
• Eddy Ben Arous will make debut in Saturday’s match against Ireland, the favorite

The thing is, will we ever be satisfied with our gentlemen who play a ruffian’s sport? Let’s have a look at what’s worth admiring and what’s not, in this exhilirating 6 Nations Tournament. Moreover, we’ll have a sneak preview into the betting odds of the upcoming matches on February 14 and 15.

So the lack of adequate attacks in the Royal Bank of Scotland-sponsored 6 Nations in the French vs Scotland on Saturday is just too bad, because anyhow France did win despite their lack of ‘Gallic flair’. “We were a bit too restrained in certain attacks. There is a bit of frustration because we created opportunities but we could not finish them”, complains Lopez.

“We should have found a bit more variation in our play but that was also down to the physicality of the match. Scotland were very good defensively and disrupted our ball a lot. We had some good plays with some success in making breaks but we were a bit impatient” Lopez continued.

The matches that made unlikely betting odds a miracle

But think though of how Scotland must feel. The UK is real big on rugby too so just imagine Scotland losing the Royal Bank of Scotland sponsored 6 Nations cup just what, six months after losing the referendum? Not much there to celebrate with kilts and trumpets is there?

Well it could be a lot worse, as round one of the 6 Nations also saw Ireland beating Italy 26/03 on the 7th February as well, though Wales fared a bit better when England toppled them only 16/21, on 6th February. Pre-match odds coordinated by Bet365 Sportsbook were in favor of Wales winning at 1.57 (57/100).

The Welsh did pretty well in the first-half, scoring twice as much as England. However, perhaps they got too overly-confident, because by the second half of the game they had a big fat 0 while England scored almost twice as much as they did in the first half. Funny enough, the betting odds saw France winning 1.2 (1/5) and Ireland was favored over Italy by 6.50 (11/2).

Will Ireland win the 6 Nations cup?

The end of round one sees Ireland in top position with 26 total points and fans who gamble via online sportsbook in Ireland are hoping to get big bucks for this Valentine’s. France is second place with 15 points. England has third place with 21 points, while Scotland has 8 and Italy comes last with a low 3 points.

If we want to decide on which team we are willing to gamble our money on, it may help to look at the tournament victories and losses that each of the 6 have stacked up. Ireland has played 453 tournaments, with 192 wings, 236 losses, 25 draws and has been champions 13 times.

France, who is now at 2nd place, may also have her fair share of betting odds to win the tournament with 356 matches played, 185 wins, only 152 losses, a mere 19 draws but, alas, has only been champions twice.

Scotland has been champions 16 times and Wales 37, with over 239 wins, so what could explain the Welsh defeat in the first round? Well, maybe they don’t make them like they use to. It seems leaner ‘n meaner rugby men have taken over from the lard-fed hardliners that once ruled the rugby fields only a decade ago.

England hasn’t done so badly with 454 matches played, 244 wins, 171 losses and a championship record of 30. At least it’s better than Italy’s overall standing of never being a rugby champion, having played 76 times, and winning only 11 with successive Italian teams losing 64 times.

Guessing they are better at football right? But maybe, just maybe all six may still stand a chance to win as they go through the last four rounds.

What to expect in Round 2

Round two of the 6 Nations rugby tournament will see England tackling Italy on Valentine’s Day at 15:30. So will France, who will travel to Dublin’s Aviva Stadium to play against reigning champions Ireland, at 6 p.m. on February 14. Meanwhile, post-Valentine’s day will have Scotland and Wales vying for a win as of 4 p.m. on February 15.

French Selector, Philippe Saint-Andre is probably hoping his team will be a bit more ambitious. Maybe they could do with a little bit Obelix and Asterix’ magic portion to get the team to be more efficient though.

According to Bet 365 Sportsbook who runs in accordance with UK gambling laws, Ireland is the preferred team with pre-event betting odds at 1.40 (2/5) but France has won at three Dublin venues over the last decade – Lansdowne Road in 2005, Croke Park two years later and the Aviva Stadium in 2011.

The Scottish team has high hopes thanks to great players like Stuart Hogg, Mark Bennett, Finn Russell, Jonny Gray and Blair Cowan, who know the challenge that they are going to face at Murrayfield ‘to follow a near-miss by putting an end to seven straight defeats against Wales’. Sportsbetting odds for Sunday’s showdown is 2.37 (137/100), in favor of Scotland.

With England hosting the World Cup later this year, they are being looked upon to win the match against Italy and are second favorites but the Red Rose Head coach Stuart Lancaster makes no surprises for the second round as he keeps his Millennium Stadium heroes. Not to be bullied though is Italian captain Segei Parissi who calls for his team to improve if they want to really challenge England with any gutso.

All we rugby fans want though is fair play, big winnings for those sports fans who gamble and most of all, some really thrilling moves to liven things up a bit.