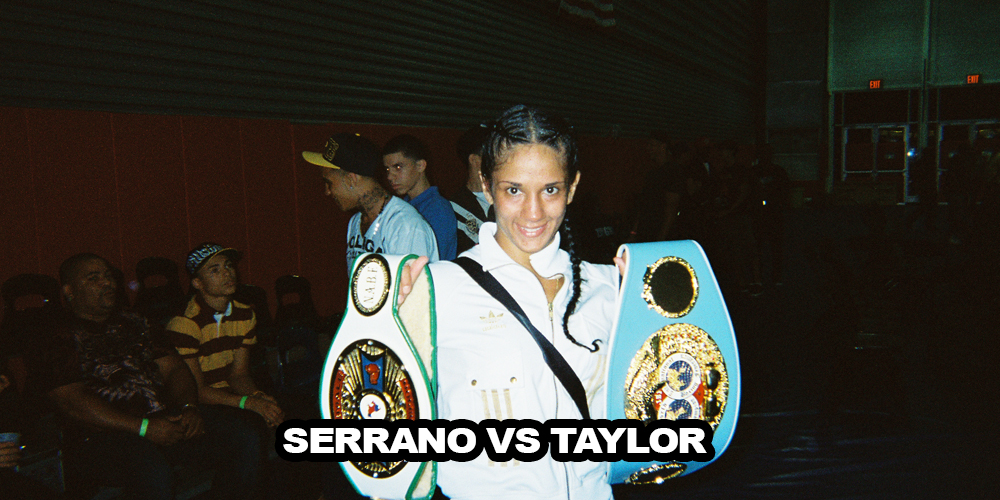 The undisputed lightweight championship of the world between Katie Taylor vs Amanda Serrano is on the horizon. It will officially take place on July 04 at the Manchester Arena. Taylor vs Serrano winner odds slightly favor Taylor as the defending champ. However, her challenger Serrano has great motivation for vengeance.

One of the biggest women’s fights in history was set to kick off on May 02. However, it was rescheduled for July 04 due to the current situation. The intriguing fight between Taylor vs Serrano will be the main undercard of Whyte vs Povetkin heavyweight encounter. It will cement the number one pound-for-pound fighter in women’s boxing.

Taylor vs Serrano winner odds are very close at online sportsbooks in Ireland. Simply because Katie Taylor is the undisputed lightweight champion, while her opponent Amanda Serrano is a seven-weight champion. However, Serrano is highly motivated not only for winning the belts but also for avenging for her sister’s loss in 2018.

The Puerto Rican based in Brooklyn, New York is a seven-weight champion. She won titles between the super-flyweight limit of 115lbs and the light-welterweight limit of 140 lbs. However, she currently holds only the featherweight belt, with a record of 38-1-1 and 28 KOs. Her only defeat came in 2012 against Frida Wallberg. Out of her last 13 fights, Serrano produced 10 KOs.

The 31-year-old Serrano is a southpaw, standing at 5’5 and has a 65-inch reach. She is slightly smaller than her opponent Taylor. However, she is very aggressive and throws constant combinations with one shot. Serrano has a good head movement, but she gets too aggressive sometimes exposing herself defensively. According to online sportsbooks news in Ireland, Serrano is coming off an impressive third-round KO against Simone Da Silva. It was her fourth victory with a third-round KO or earlier.

Taylor vs Serrano winner odds suggest Serrano has a chance to win with a value of 2.750 at Pinnacle Sports. But, she probably knows better about Taylor’s weaknesses and strengths because of her coach Jordan Maldonado who stood on the corner when here sister lost from Taylor in 2018. Besides, Serrano has extra motivation to avenge her sister’s loss.

Katie Taylor is a better boxer

The 33-year-old Irish legend will be defending her undisputed lightweight title, with an aim to cement herself as the No 1 women’s boxer in the world. Taylor has a record 15-0, with 6 KOs, claiming her latest WBO super-lightweight belt with a win over Christina Linardatou in November. What is more, She is an Olympic gold medal winner in 2012.

Taylor is the favorite with 1.483 odds due to her size advantage standing at 5’5 and a 6’6-inch reach. What is more, she has very quick hands and a good defensive technique. Thus, many analysts perceive her as a better boxer than Serrano. However, she usually faces a big problem with pressure fighters, which might put her under trouble against Serrano.

If you are looking for the best boxing odds, look no further and check out the review about Pinnacle Sports.

You can discover more about Pinnacle Sports here.