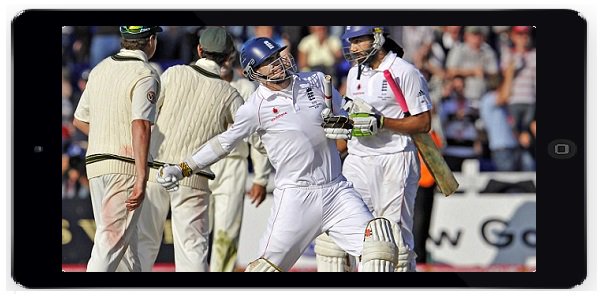 These apps will guarantee that fans won’t miss out on the action.

In UK gambling news, The Ashes is a Test cricket match played between England and Australia every seven years. The seven week series is usually hosted by the team that last won. The team that wins will receive a crystalline trophy that is 11 cm that is a replica of the original urn that was 15 cm. The trophy originally came from a group of Australian women. Although the trophy might be small the history of the Ashes dates back to 1882.

The first match in 1882 was won by Australia and resulted in the British proclaiming, in a newspaper report that English cricket had died. The name of the series comes from the ashes of the deceased English cricket and the newspaper that quoted its body “will be cremated and the ashes taken to Australia.” The action will be long and even if fans are at work, they can still keep up with the last news and action using these new apps.

Some apps that will give fans the total Ashes experience

Sky Sports’ content is also available through your mobile devices

The Sky Sports app for the iPad is probably the best all-around app available for cricket coverage. Although the app is free, users are required to purchase a Sky Sports network subscription. The Sky Sports app, updated specifically for the current Ashes Test series, is loaded with features including the broadcaster’s expertise and insight that Sky Sports fans have come to love.

Another plus to this app is that it allows users to have more control over their Ashes experience. Users can select which matches they want to view and when. This is particularly useful if users want to watch matches that are scheduled during work. In addition, users have control of 17 camera angles which will keep the action fresh between wickets. With the “match timeline tool”, users can “bone up” on daily highlights.

It makes perfect sense that Sky Sports Network would have “two hands in the cookie jar.” Their NOW TV app gives users an alternative option to watching the Ashes without paying the exhorbitant fees. In addition, users will have access to all the other Sky Sports channels. Unlike with the other Sky Sports app, the NOW TV app is available for iOS and Android platforms extending its PC, tablet and smart phone users the same opportunities to view cricket as Apple users.

Although the App is free, users are still required to pay for packages. An individual day of watching cricket will cost GBP 6.99. Sky Sports revealed a warm spot for its cricket fans by charging less for their week long package. The price of GBP 10.99 for a week is quite nice and will continue to allow users the option of selecting the matches they prefer to see. Also, the app will give great info for punters looking to wager within UK gambling laws.

Some more apps for the frugal

ESPN has also decided to get in on the cricket action

American Sports network ESPN has decided to get into the cricket action with their ESPNcricinfo app. The app, available for iOS and Android, is great for users who are looking to stay within a budget while enjoying the Ashes. Although the app is completely free, the drawback is that users will not be able to watch any actual cricket matches.

ESPN has done an excellent job of providing users access to the world of cricket through their commentary and analysis. Through the ESPNcricinfo app, users will get live scores, player profiles and essential daily news that will not them uninformed. With its cricket reference data base and opinion pieces will keep any user informed with the latest info while on breaks or on their commute to work.

The England and Wales Cricket Board has put together their own app for cricket. The ECB Cricket Live app, available for iOS only, is definitely worth having a look at. The free app offers a 3D digital pitch that recreates how the all the runs have been played. Allowing users to have more insight, the app also displays “ball-by-ball” details which include the batsman, bowlers and other field positions.

The British Broadcasting Corporation has made an app especially suited for new Apple Watch. The BBC app is one of the only apps for the smartwatch at the moment. Users are provided with all the test match highlights and general news. Although the app may not carry with it as many features as the sports network apps, the Apple Watch will allow users to non-chalantly keep “in the loop”. Users can create alert lists to inform them of any gambling news that could occur while at work.