Sons of Famous Players at the World Cup

News >Sons of Famous Players at the World Cup 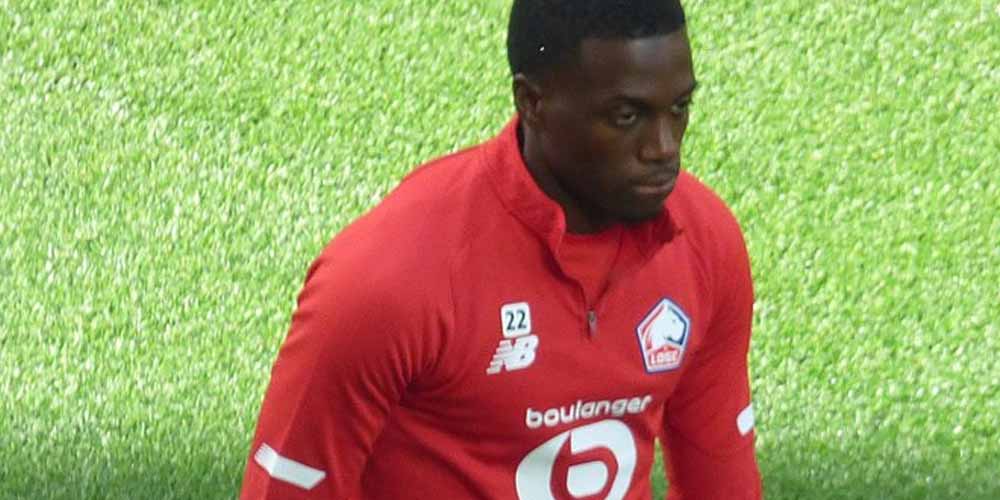 We can find several young footballers in the 2022 FIFA World Cup whose fathers also had great careers. Even though some of them never had the chance to compete in a World Cup. Like Timothy Weah’s father, George Weah, or Abedi Pele, the dad of Ghanaian players Andre and Jordan Ayew. Let’s meet the sons of famous players at the World Cup who can follow in the steps of their famous fathers.

Having a famous father or any other relative can sometimes be a huge weight, as not everyone can live up to expectations. Just imagine being the son of Lionel Messi or Cristiano Ronaldo, surely it won’t be an easy path if they choose to become a football player as well. But some players could manage this pressure and continue the family traditions. Like Paolo Maldini whose father, Cesare Maldini was a member of the Italian team in the 1962 World Cup. His son featured in four World Cups between 1990 and 2002, finishing as a runner-up in the 1994 World Cup. Paolo’s sons, Daniel and Christian are also footballers, but they haven’t played in the national team yet. Unlike the following young players with similar backgrounds.

The son of 1998 World Cup winner Lilian Thuram, Marcus Thuram also plays for the French team.  He has every chance of achieving the same result after France have been very impressive so far. They won their group with 6 points and will meet Poland in the last 16.  The team is favored to win the match. What’s more, Didier Deschamps’ squad is mentioned among the favorites to win the whole tournament. Online sportsbooks in the Netherlands offer odds of 6.10 for their victory. Marcus Thuram entered the pitch twice so far as a substitute. But he can still be a member of a World Cup-winning team in Qatar.

Just like Daley Blind, the son of Ajax defender Danny Blind who took part in two World Cups, in 1990 and 1994. This is also the second tournament for his 32-year-old son, who is a stable member of the Dutch team. Daley has even got better results than his father after the Netherlands finished third in the 2014 World Cup. Now their chances of a podium finish seem less likely. Even though they also won their group with two wins and a draw. Louis van Gaal’s team will meet the USA in their next match. Danny Blinds will have an important role to stop the young American players. And create some chances for the Dutch strikers. In the American team, we can find other examples of the sons of famous players at the World Cup.

Timothy Weah is the son of the legendary Ballon d’Or winner football player, George Weah. He is playing for the US though. Unlike his dad, who was a member of the Liberian team. He couldn’t qualify for the World Cup with his national team, so in this sense, his son has already surpassed him. Timothy is a talented player who scored the USA’s first goal in the tournament against Wales. While scoring against the Netherlands would be an even bigger achievement for the 22-year-old winger.

His teammate, Giovanni Reyna also has a famous father, Claudio Reyna who played in three World Cups as a captain of the American team. What’s more, his mother, Danielle Egan was also a football player and a member of the US women’s national team. Giovanni is a great talent as well. But he hasn’t played too much in this World Cup yet. It might change in the crucial game against the Dutch team. In spite of the US team’s great performance, online gambling sites in the Netherlands still favor the Oranje to win the match with an odds of 1.94.

Peter Schmeichel was a legendary goalkeeper of Manchester United and the Danish national team. His son, Kasper also became a great goalkeeper, who won the Premier League with Leicester City. And he is the number one goalkeeper of the national team too. Unfortunately, Denmark is already out of the World Cup following a disappointing performance. They finished last in their group with one draw and two defeats. Wojciech Szczesny, the goalkeeper of Poland has been more successful so far after his team got to the last 16. The Juventus goalie’s father was also a goalkeeper on the national team. But he only appeared in seven games and none of them happened in a World Cup.

Abedi Pele, the father of Andre and Jordan Ayew didn’t play in a World Cup either in spite of being one of the best African players of his time. He won the Champions League with Marseille. He was also the captain of the Ghana national team but they didn’t qualify for the World Cup then. Unlike now, when his sons represent the country at the Qatar World Cup. Ghana can still reach the last 16 after standing in second place in their group. Just like Costa Rica where we can find Celso Borges who plays in his third World Cup. His father, Alexandre Guimares also played for the national team. And even led them as their manager in the 2002 and 2006 tournaments. Now Costa Rica would need to beat Germany to qualify for the last 16, which has an odds of 26.00 on 22Bet.