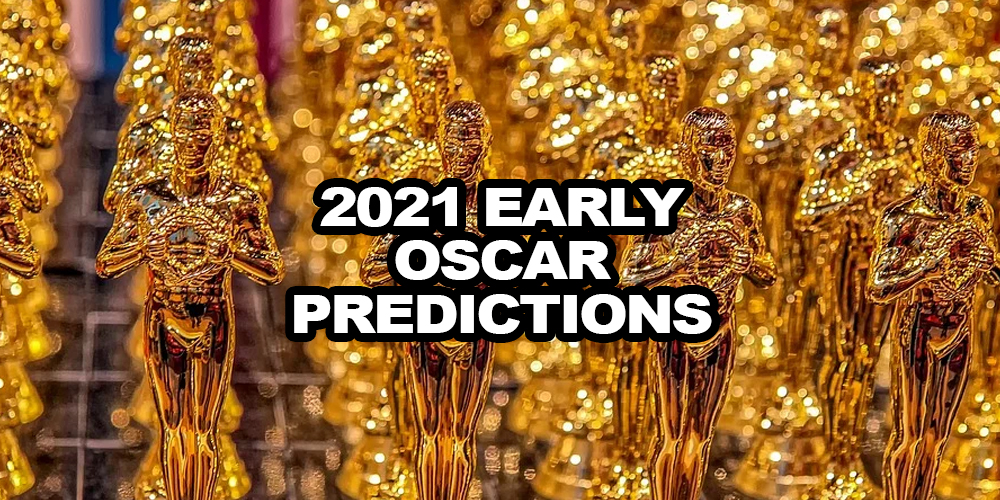 Unlike numerous sports events & concerts, the Oscars are still scheduled for next year without a shred of a doubt. As there is almost nothing left to bet on, we offer you to look through Academy Awards 2021 bets. Getting familiar with the list of potential nominees makes sense as many of them, like Christopher Nolan, will undoubtedly compete for the prize.

Most of this year’s entertaining and sports competitions are at risk of ultimate cancellation due to the spread of coronavirus. Firstly, it touches upon those ones scheduled for spring and the beginning of summer, but who can predict how far the pandemic will go. However, we are sure that everything will be alright next winter, and Betway Sportsbook predictions agree with us. Bookmakers don’t strike off the list of the odds on events that will take place in 2021. So, they are probably your safest bet now.

Of course, the major entertaining event of any winter is the Oscars. The 93rd edition of the most prestigious American film award doesn’t have a particular date yet. Supposedly, it will take place in February, but Academy Awards 2021 bets are already here. So, who are the early-bird Oscar potential nominees and winners?

The very first Academy Awards 2021 bets include films with the most chances to fill slots in the Best Picture nomination. One of them is Tenet, a new film by Christopher Nolan. The long-awaited film from this British-American director will premiere on July 17, 2020. Hopefully, the pandemic will back down by that time and we will see the film in cinemas. However, if Tenet will be postponed until fall or released on streaming platforms, it won’t become the Oscars loser. Last year’s The Irishman was distributed by Netflix and earned 10 nominations, so it’s not a thing worth worrying about.

Nolan predictably keeps the plot of Tenet in secret aiming not to spoil the party. But we are sure that his new movie will amaze us as Inception and Interstellar did. All his previous films received a huge positive appraisal from viewers & critics and earned many prizes too. Therefore, we agree with online sportsbooks in the UK that give 21.00 odds to Nolan to get Oscars nomination next year.

Dune has good chances to get a nomination

Another 2020 film we are waiting for the most is Dune by Denis Villeneuve. The premiere of the film will take place in December, so there’s nothing to worry about. Dune is of special interest among film fans due to several factors. Firstly, it is based on a 1965 science fiction novel which became classics. Secondly, the film cast includes such actors as Timothée Chalamet, Rebecca Ferguson, Oscar Isaac, Josh Brolin, Stellan Skarsgård, Dave Bautista, Zendaya, Jason Momoa and Javier Bardem. Isn’t that impressive?

Finally, Villeneuve has never disappointed us as a director. Probably, he is not as overhyped as Nolan, who he shares 21.00 odds with at Betway Sportsbook, but Denis’s films are all brilliant too. He gave us such keen thrillers as Prisoners, and Sicario as well as a decent sequel to Blade Runner. However, Arrival remains his major achievement so far, as it not only brought Villeneuve his first Oscar nomination but entered the list of the best films of the modern era.

The Trial of the Chicago 7 leads the best odds

The Trial of the Chicago 7 is the current leader by Academy Awards 2021 bets. This upcoming Aaron Sorkin’s film has 11.00 odds at Betway Sportsbook to get a nomination(s) for next year’s Oscars. The film also has an ensemble cast including Sacha Baron Cohen, Michael Keaton, Eddie Redmayne, Jeremy Strong, and Joseph Gordon-Levitt, but this isn’t it. The thing that brought the film to its heights is the Chicago Seven story, which it follows. The movie is based on a real-life event of a trial of men charged with conspiracy and riot in the background of the anti-Vietnam War. The Academy members like films raising a sharp topic, so if Aaron Sorkin makes a good drama, it will be a #1 favorite during the Oscars race.

There are many other films that can get the 2021 Oscars nominations in different categories. The most noticeable is MacBeth, In The Heights, and King Richard, so you can support them as well. Don’t forget to check our review about Betway Sportsbook first!

You can see more about these odds here at Betway Sportsbook.