UFC Fight Night 174 bets are ready for you through online sportsbooks in the UK. The event is coming soon on May 2, 2020, at Chesapeake Energy Arena in Oklahoma City, Oklahoma. While there are many great fights on this card, the main event is the bout between Jack Hermansson and Chris Weidman.  As the odds are pretty tight we can look forward to an interesting well-balanced game. 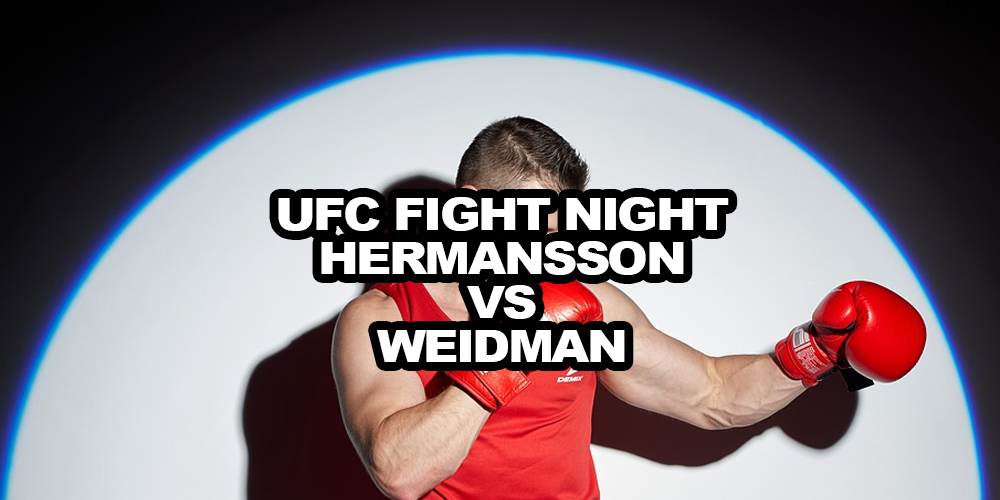 UFC Fight Night 174 bets are ready for you through online sportsbooks in the UK. The event is coming soon on May 2, 2020, at Chesapeake Energy Arena in Oklahoma City, Oklahoma. While there are many great fights on this card, the main event is the bout between Jack Hermansson and Chris Weidman.  As the odds are pretty tight we can look forward to an interesting well-balanced game.

As the bookies’ underdog 1xBET Sportsbook is offering 2.184 for Chris Weidman and 1.69 for the victory of Jack Hermansson. Let’s take a look at the fighters’ background and style to gain some sight on who can be the winner of this event.

Chris Weidman is not an everyday guy in any aspect. He weighs 93 kg (205 lb) and has a 188 cm (6 ft 2 in) height. His outstanding physics is combined with a fast pace tactical fighting style that was feared by everybody from 2013 to 2015. For these two years, Chris Weidman was able to hold on to the title of the undisputed UFC Middleweight Champion. If all this wouldn’t be enough he is also an actor and an artist you can check him out in the episodes of Kevin Can Wait. Anyways now let’s get down to the real deal to find out more about the outcome of UFC Fight Night 174 bets.

Maybe due to this injury or just simple bad luck Chris “All-American” Weidman was suffering 3 times losing streak. While in 2017 he managed to make a submission win against Kelvin Gastelum, just as for many fighters he was going through many surgeries. Due to the surgeries, he was saying that he wasn’t able to cut the weight limit to Middleweight and thus decided to move down to light-heavyweight.

Jack “The Joker” Hermansson is not far from Chris Weighman in height his reach is 197 cm ( 77 and a half in) and his height is 185 cm (6 ft 1 in). He was mostly fighting in Cage Warriors Fighting Championship. Jack Hermansson was winning the CWFC Middleweight Championship in 2014 and was defending it in the next year. He managed to defend this title in 2016 as well until he left for UFC. He was also fighting a lot in Warrior Fight Series. Here he was winning the WFS Middleweight Championship in 2015.

Chris Weidman has a lot of great achievements in Brazilian Jiu-Jitsu and professional wrestling. Jack Hermansson on the other hand, has a score with 20 wins and only 5 losses in professional MMA. We can compare it to Weidman’s 14 wins and 5 losses, but it wouldn’t give us too many results. Jack Hermannson was mostly fighting in British championships and Weidman has more UFC fights. I am not saying that is UFC is the ultimate fighting championship, but … wait. Anyways, while Hermansson is no. 6 on the UFC rankings, I wouldn’t say for sure that he is the ultimate favorite.

All in all and prediction – UFC Fight Night 174 bets

While Hermansson is a great fighter and has important victories over great UFC fighters, if Weidman can get just even close to his shape that he has in 2015 then Hermansson won’t stand a chance. It’s also worth mentioning that Weidman has a great weight advantage. I’d say Weidman is going to win this by submission due to his advantage in Jiu-jitsu.