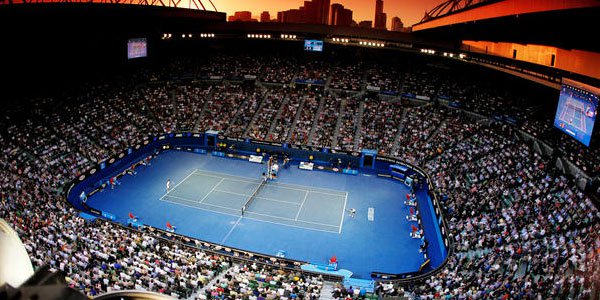 “If it’s not one thing,” my mother would say irritably as an alternate horror befell her, “it’s another.” A sentiment I would suggest probably being felt by the Tennis world these days as the latest sporting scandal to hit the headline is theirs, however almost amazingly, it has nothing to do with drugs.

Whilst the International Association of Athletics Federations is mired in a sporting scandal involving so many drugs and people that they’ll need to call in Sean Penn to help them investigate, and the World Anti-Doping Agency slowly holds Seb Coe’s balls to the fire till they’re done, the Tennis world has looked quite glossy and clean to those of us that like to bet on sports in the UK.

Oh sure there will always be jokes about the Williams sisters and steroids, but serious accusations of doping in Tennis are few and far between, and compared to other sporting scandals that have beset cycling or anything to do with Russia, they’ve escaped relatively unscathed. Until now.

Ahead of the Australian Open revelations concerning match-fixing were publicized by the BBC and Buzzfeed News, with sixteen players in the top fifty having been fingered numerous times for throwing games for gambling syndicates but never actually having been removed from play for doing so.

Some of them, we’re told, are big names, with Grand Slam winners amongst them, and whilst the powers that be in the Tennis World strongly deny any wrong-doing or cover-up there’s a distinctly familiar ring to their statements that puts one in mind of that other corruption sporting scandal; FIFA.

If you’re in the UK gambling laws of tabloid snoopery will get to the bottom of whatever has gone on, you’re probably right, after all, anyone willing to take money to throw a game of tennis is more than likely to take money to talk about it, especially if they’re facing a lengthy ban.

In the meantime you can get 8/15 on Novak Djokovic to win the Australian Open, despite his having to admit, in reference to the ongoing sporting scandal, that he was once offered cash to throw a game, just ahead of Andy Murray on 5/1 and Stan Wawrinka at 8/1 although you might prefer Roger Federer at 12/1 at BetVictor, a good wager now Rafael Nadal has made a first round exit methinks.