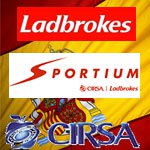 A joint venture between Ladbrokes and Cirsa is in the perfect position to capitalize on the new Spanish gambling laws, scheduled to be published this week. Sportium’s set up particularly strong in Valencia, the autonomous region of Spain.

Sportium was created by Ladbrokes Sportsbook and Cirsa in 2007 to capitalize on both companies’ expertise. Cirsa, a manufacturer and distributor of its own gambling machines, possesses a deep knowledge of the Spanish gaming market. Ladbrokes in turn is known for its expertise in sports betting, particularly when it comes to internet betting in Spain.

The joint venture has already entered the region’s market. Last week a decree was published approving the Regulations Odds of Valencia, and Sportium put forward its bid. The company would like set up over a hundred physical kiosks selling points throughout the region. Punters who would like to bet on sports in Spain will be able to do so through Sportium selling point kiosks located in news stands, tobacco shops, local stores, bingo halls and other places.

Such a setup will provide a perfect placement for betting opportunities, with punters being able to watch live sporting events, while betting on the game using a variety of modalities to enhance their gaming experience. Sportium’s plan includes the placement of over a hundred kiosks to facilitate wagers next to over seven hundred of its machines currently present in catering establishments.

Sportium owns over hundred and twenty outlets in Madrid alone, and continues to expand its presence throughout Spain. The company just expanded into Aragon, where it plans to set up over seventy sports betting establishments throughout the upcoming months. Among other provinces, Sportium has already been licensed in Navarre, and is planning to aggressively enter that market shortly.