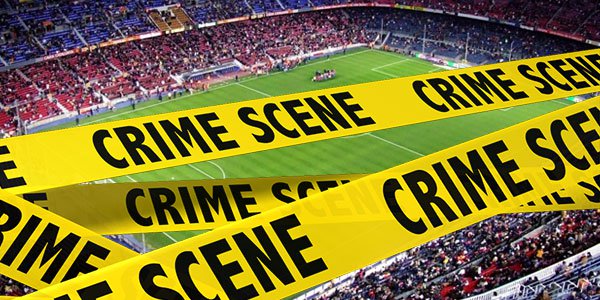 If sports betting were a crime in and of itself, regulation could be a bit more manageable. But sports betting attracts other illicit activities. There are many advantages sports betting offers to criminals. The largest of these is money laundering. Sports betting a great way to create “clean” or legal money from revenue produced through drug trafficking, prostitution and gambling outside European, Asian and U.S gambling laws.

• The last Italian match fixing scandal came to light in the way of poisoning
• Young players who earn a lot, but lack management can get into trouble
• Two Chinese students at Newcastle were killed for crossing Chinese mobsters

Hong Kong, Singapore, Macau and Manila are prominent sports betting havens in Asia. There, the rules are different. All sports wagers are placed by middle men called betting agents to have the ability to take your money, put it down on a sports team and open a bank account where your earnings are put. Through betting on wins, losses and draws, a person can create a certain amount of clean money regardless of any loss.

The Italian job: a match fixing scandal involving all levels of a team

In Milan, Italy, Francesco Cenitti, a journalist, said that the last match fixing scandal that shook the pillars of sports news in Europe “came in a strange way that didn’t talk of match fixes but of poisoning.” Guido Salvini, public prosecutor who researched the scandal, spoke of a Liga Pro match in Crimona. He described some of the Crimonese were acting “tired, playing under par and finding difficult to play” during 2nd half play.

It was discovered they had been somehow drugged using a drink during the intermission. After an investigation started using phone taps, it was discovered many were involved like betting agencies, managers, players and coaches. They all cooperated in many matches throughout Italy particularly in B matches in Liga Pro. Convincing some players to perform in certain ways, which would make matches look predictable, was a formula.

A goal keeper named Marco Paoloni was apprehended and found to be a key player in the scandal which made Italian gambling news. The goalkeeper is critical in football because they can change the score of a match. Cinetti said “clearly Paoloni is a goal keeper, but off the pitch he has issues. He’s always had good contracts. Over 100,000 Euros net per year, but he spends a lot and in a stupid way. He bets on tennis matches, the horses, online poker and he loses a lot.”

Paoloni is an example of a type of player involved in the match fixing that differs from the other players mentioned earlier. Unlike youth and minor league players who come from poor families and lack the skills to join more lucrative teams, Paolini represents those young players in major leagues with skill set to become higher paid players. The difference is that these players, lacking support and management, get into trouble.

Paoloni himself said that his associations with match fixing started when he met Ero Diani, who own and operates a gambling agency which is still in business. Paoloni went to his place and started placing bets. Everything was fine, but after the first three months, he became addicted to betting. After building up a debt load, Paoloni was asked to do something to repay the money.

Soon Diani and Perani, a dentist, appeared at his family’s home in Crimona. Paoloni was told that the two men said he owed them EUR 100,000 and if he did something for them “they could be friends” again. After he refused, Paoloni was giving a bottle of medicine. On the bottle had the name “Minias” on it and his wife’s name typed on it. Perani said that was that slowed him down during that match in Crimona.

At first he didn’t want to believe it, but since it had his wife’s name on it he was afraid that everything would be linked to him and his family. Asking him for definite match outcomes, he was trapped in order to pay his debt.

In another situation, Kevin and Cee-Cee were two Chinese students at Newcastle University. It was discovered that they were working with people in China involved in sports betting.
Although the two made GBP 300,000 outside of UK gambling laws, Kevin started making side deals apart from his associates for a cheaper rates. This antagonized his associates including Won huh sow, a Chinese mafia boss. Sow placed a contract on the two students and they were murdered. When the authorities found their bodies, Cee Cee’s hands and arms were bound and bludgeoned to death. Kevin had 70 plus injuries to the head including a slice to his throat from ear to ear.