Sports In Ancient Civilizations – Mysteries Of The Past

News >Sports In Ancient Civilizations – Mysteries Of The Past 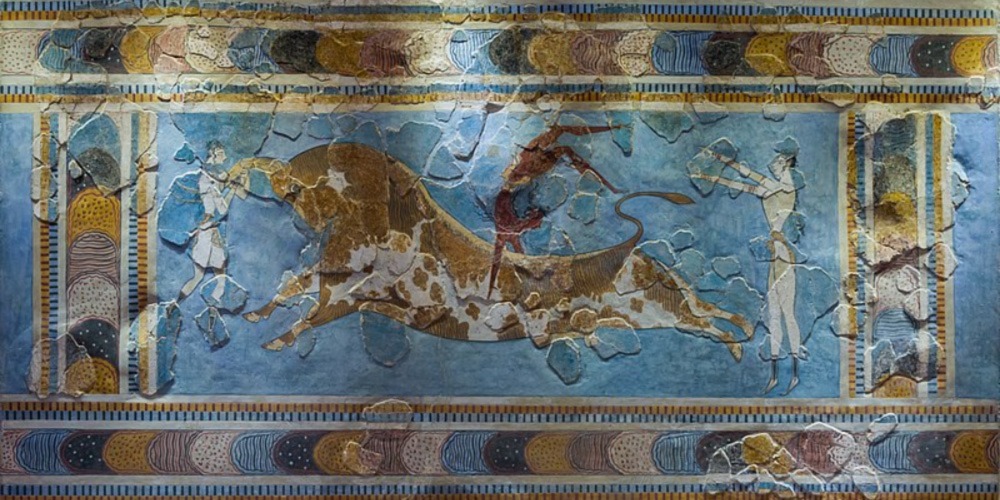 Plenty of mysteries surround ancient cultures, some were primitive, but many were surprisingly advanced. In terms of their sports, we know some of them and even play a few today. Obviously, running, wrestling, riding, and archery are well-known activities from the past, but what are the more specific sports in the ancient civilizations? Let’s find out!

Much of humanity’s earliest sports are tied to survival, so they evolved from those activities with the help of the necessary tools and equipment. Sport has been a defining part of humanity, as it improves the quality of life and encourages a healthy lifestyle. The ancestor of most sports, which we still play or enjoy watching today, evolved thousands of years ago during the ancient civilizations of the world. Below we have gathered some of the sports in the ancient civilizations that millions still practice today.

A few years ago, people breathed life back into hundreds of years old ball game, the ulama, in Mexico. Those who chose to resurrect the ancient sport played by the Aztecs, Incas, and Mayans also built an ulama arena. Based on the evidence archeologists have found, the players wore a special belt and loincloth. They had to hit the almost four-kilo rubber ball with their hips.

In the new version, the players attach a protective gear made from deerskin to their pants with a wide leather belt called a chimalé. They play three versions of the ulama, where the size of the arena, the number of the teams, and the heaviness of the ball are different. However, the main difference is the part of the body or piece of equipment the rules allow to touch the ball. The point of the game is for the ball to fall onto the opponent’s half.

For touching the ball with any other body part other than the hips, the opponent gets one point or ravit. The match went on until a team achieved a certain number of points, most often eight, so it could last for as long as it took. For example, they recorded a match that took eight days to finish, but today, after two hours, the referee blows the whistle, and the game is over. The team which collected more points wins. They want to organize competitions which you can check out at 888sport Sportsbook!

Sports in the Ancient Civilizations

Ancient Egypt was an empire built next to the Nile in the northeast part of Africa. The Egyptian culture was rich, so they had plenty of sports in the ancient civilization. For example, they danced. Dancing is related to various religious events, ceremonies, and rituals. They had different dances for fertility, against natural disasters, for the gods, and mainly, for events linked to the afterlife.

Dance performances often appeared at temple ceremonies. These displayed various myths and legends, like the death and rebirth of Osiris. Professional dancers moved to a slow and captivating rhythm at these events. Sometimes these included aerobic elements too. The temple dancers were called chenuks. However, since Egypt had a river, we also know of several water sports from that time.

According to 888sport, signs of swinging alternating arms, similar to today’s freestyle swimming, were widespread in ancient Egypt. However, in the earlier period, in the Sahara rock art, they found figures swimming with similar movements to butterfly-swimming. Swimming, at least among the nobles, was taught in groups and was the sign of an intelligent person.

The Egyptians became acquainted with the chariot races towed by the two horses through the Hyksos settlers. The chariot also brought a change to hunting because it was already possible to chase faster game, but in terms of sports, it became a new chance for competing. Just think about movie scenes from sports in the ancient civilizations; these races were quite bloody and tough. You can look up more of the oldest sports in the world!

According to the hieroglyphs, wrestling was very popular among martial arts, and they recorded many of its moves in graves, churches, and also on ostraca. You can recognize the various tacklings, attacks, and throwing movements reminiscent of freestyle wrestling today. In addition to wrestling, you can often see fencing scenes. Thanks to archeological research, we have an accurate picture of their tools.

Around a meter long, often widened at the lower end for a secure grip and a basket-like part to protect the hand. Evidence also testify they played ball games. Some of the balls were soft, and some were hard but fit in the palm of their hand. Although archeologists found images of games like soccer in Egyptian tombs, people also juggled and played some kind of hockey. The children made balls out of leather or woven papyrus and filled them with straw to play ball games.

Activities in the Greek Antiquity

When it comes to ancient Greece, the Olympics come to mind first. The nation was the center of sports, as far as we know, at the time. The Greeks performed very well in these events because they developed various physical activities to practice crucial military and survival skills. Therefore, a Greek citizen was always in good shape due to the constant practice. Initially, the Olympics were one-day events until 684 BC, when the Games were extended to three and later to five days due to the added sports.

One of the most famous sports in ancient civilization was the pentathlon. It was the only complex event in the ancient Olympics, which consisted of running, long jump, discus throwing, javelin throwing, and wrestling. It was introduced in 720 BC, and its name came from the Greek words pente (five) and athlon (fight). These ancient five are the most debated sporting events among archeologists, but which many people still practice today. Check out the pentathlon sports and events at online sportsbook sites in Greece!

The Oldest Sports in the Ancient Civilizations

Archeologists found evidence of boxing from around 3000 BC. The origins of boxing can be traced back to ancient Mesopotamia to the Sumerian civilization. The earliest known portrayal of boxing is the Sumerian reliefs, which show two men without gloves, arms bent, and fists clenched. The Minoan civilization was the first to use boxing gloves.

Boxing first appeared at the Olympics in 688 BC. Interestingly, modern boxing evolved from the prizefights in Britain in the 16th and 18th centuries. Tsu Chu is a ball game from ancient China that developed around 2500 BC. The goal of Tsu Chu is for the player to kick the ball through the opening of a small net. FIFA considers this ancient sport as the earliest form of soccer.

During the Han Dynasty, 202 BC – 220 AD, Tsu Chu became extremely popular among royal courts and upper classes, and even Emperor Wu Di Han was reportedly a big fan of the sport. Its popularity began to decline during the Ming Dynasty in the 15th century and then slowly disappeared. There are more ancient sports in history for you to check out if you are interested!

The Mesoamerican ball game, which doesn’t actually have an official name, was an extremely popular sport in today’s Central America. Including the present-day Mexico, Belize, Guatemala, El Salvador, Honduras, Nicaragua, and Costa Rica. All the major civilizations in the region, the Olmecs, Aztecs, and Mayans, played this game. It was probably invented by the Olmec people sometime between 2500 – 100 BC.

In addition to sports, this ball game in the ancient civilization was also a significant part of Mesoamerican mythology and religion. Some cultures also used the game in connection with human sacrifices for religious ceremonies. Over time, different versions of the game have evolved, and the more modern version of it, the ulama, is still played not only by the native people of the area but whoever wants to try it. Check out the new rules at 888sport!

You can discover more about 888sport here