Guide To Betting On Sled Dog Racing – Fast And Furry 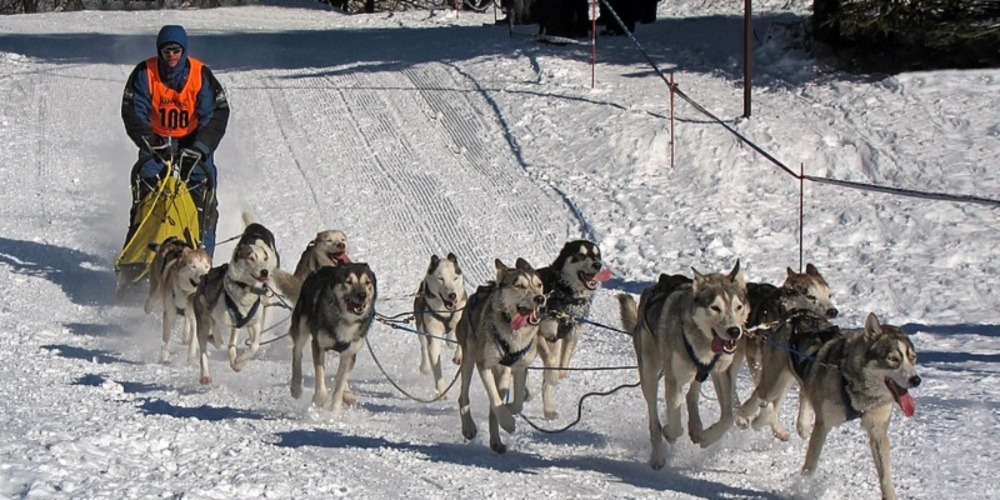 The earliest time people started using sled dogs was in Mongolia about 30000 years ago. The first sled dogs were wolfed that people tamed and bred. Researchers believe that as time went by and people began to settle closer and closer to the Arctic Circle, they took their dogs with them, where they needed the help of their pets and sleds for transportation.

Sled dogs have appeared in Canada, Greenland, Norway, Siberia, Alaska, Lapland, etc. However, beyond transportation, they found another activity for their four-legged helpers! Here is a little help in the form of a guide to betting on sled dog racing!

Due to the Alaskan Gold Rush, a renewed demand for sled dogs made it easy for people to transport their gears in that brutal environment. People could only approach most gold mining camps with a dog sled, so they used these dogs for transportation purposes in the beginning. In the 19th and 20th centuries, explorers also needed dog sleds around the Arctic Circle. Now, let’s take a look at the sled dog races!

As we have mentioned, dog sledding existed thousands of years ago, but we don’t have exact data on when they organized the first race. Humans used sled dogs for hundreds of years to transport goods in the Arctic when, in 1908, the first official competition, the All-Alaska Sweepstakes, took place in Nome, Alaska. The American Dog Derby followed this in 1917.

The sport first appeared at the 1932 Winter Olympics but was not included in the later Olympics. One of the most famous races, the Iditarod Trail Sled Dog Race, is an annual competition in Alaska and the distance is 1000 miles! This honors the 1925 serum run to Nome event, which you can read about below. This competition was first organized in 1973 and helped to rekindle the world’s interest in dog sledding after snowmobiles became widespread.

Two main types of sled dog races exist worldwide. One allows dogs of all breeds, even mixed breeds, without pedigree to compete. This follows the IFSS/ESDRA guidelines. They announced that the 2023 IFSS Dryland World Championships and World Masters will take place in France in November next year. You can use this guide to bet on sled dog racing then or on the other type, where only sled racing dog breeds can participate. This provides equal chances for every dog.

As dog sledding began to become popular, more and more countries and cities hosted such competitions, ranging from Norway, Finland, Alaska, and Michigan. The race requires a certain temperature for dog races, so most are in the cold climate in the winter. However, there are also competitions held in warmer climates in dry areas. Here the sleds have wheels. Sled dog racing has three categories: sprint, mid-distance, and long-distance.

Before placing a bet on sled dog racing, collect as much data as possible about them. You can do that at 1xBET Sportsbook. These three categories have other subcategories. Sprint races are relatively short, 4-25 miles per day, mid-distance races are 100-300 miles, while long-distance events are 300-1000 or more miles. Sprint races are two or three-day events held on consecutive days with the same dogs and tracks. Medium distance races are split into 14-80 miles/day or continuous 100–200-mile races.

Long-distance races are multi-day events, taking place on different tracks each day. In most cases, the competitors start one after the other at certain intervals. Then they are not competing against each other but get time results. In some parts of Canada, people favor the races where competitors start at the same time. There are races where the task is to transport the load, so there is a given weight/dog regulation. Check out the info about each race at online sportsbook sites in Canada!

People used dogs for thousands of years for guarding, traveling, and hunting purposes. Since the 10th century BC, these dogs have been part of our lives and culture. People started to breed them according to their best abilities. So, the sled dog team is made up of different positions. The lead dogs are crucial, so the driver pays close attention to them. There are usually a couple of lead dogs on the front.

They get the instructions, and the other dogs follow their lead and pace. The swing dogs help take turns and keep up the pace after the lead dogs. The team dogs’ main job is to help pull the sled. The wheel dogs are at the back, in front of the driver. They are the strongest animals on the team. They are responsible for steering the sled and pulling its weight. Always watch for the relationship between the rider and the dogs because it says a lot!

The main dog breeds for sled dog races are the Siberian Huskies as well as the Alaskan Malamutes. Their stamina, speed, and strength are as good as their resistance to the cold. At the same time, Alaskan Huskies are favored in sledding races because their stamina, speed, and eating habits are good, and they run with dedication even when tired. So always consider the dogs before you bet on sled dog racing.

Sometimes in sprint races, drivers use shorter-haired dogs because they are faster than huskies. These dogs are raised for sled races since they are young. Such dogs are more difficult to train for sled races than huskies or malamutes because it is not in their genes. They need to start training at about six months old by pulling small logs that they feel accustomed to and comfortable with.

We have already mentioned the serum run as one of the most famous dog races. The serum run refers to an event in 1925. This was when the diphtheria epidemic broke out in Nome,  Alaska. Since it was mid-winter, there was only one way to get the vaccine. Twenty drivers and about 150 dogs started from Nenana. They completed the 1,085 km distance between the two settlements in five and a half days. One of the lead dogs’, Balto’s, statue is in the Central Park.

The Iditarod dog sledding race has been held since 1967 and the Serum Run 25 competition since 1997, which goes on the original route. Back then, when the sources and living conditions were much worse than today, completing this route was a bigger challenge. All participants and dogs needed superhuman and superdog strength to deliver the serum in time and often at the risk of their health and lives. Unfortunately, some did not survive the long journey. They had to travel at -40 Celsius as fast as they could.

There were days when the temperature felt twice as bad due to the weather conditions. Ships would have been able to deliver the serum slowly, while the problem with the planes was that there was no suitable pilot. Also, they couldn’t fly under those circumstances. However, thanks to the brave dogs and their drivers, they stopped the epidemic. There are movies and cartoons about the heroic and successful mission. Check them out at online sportsbook sites in Canada!

In our guide to betting on sled dog racing, we will give you some more winning tips before you start betting. The most famous long-distance race is the Iditarod and the Alpinroad in Europe.  Always check out the competing dogs. They need to be older than 12 months and have an FCI pedigree and a valid vaccination certificate. If you can, follow the riders on social media platforms so you can find inside information about them and their dogs.

Since you can follow some races online or on television, you have time to check out the participants’ techniques, speed, and conditions. As always, the most popular wager type is predicting the ultimate winner. However, there are several betting options connected to the drivers, weather, and dogs. Check them all out at 1xBET Sportsbook! Also, you can find other sporting events in extreme winter conditions!