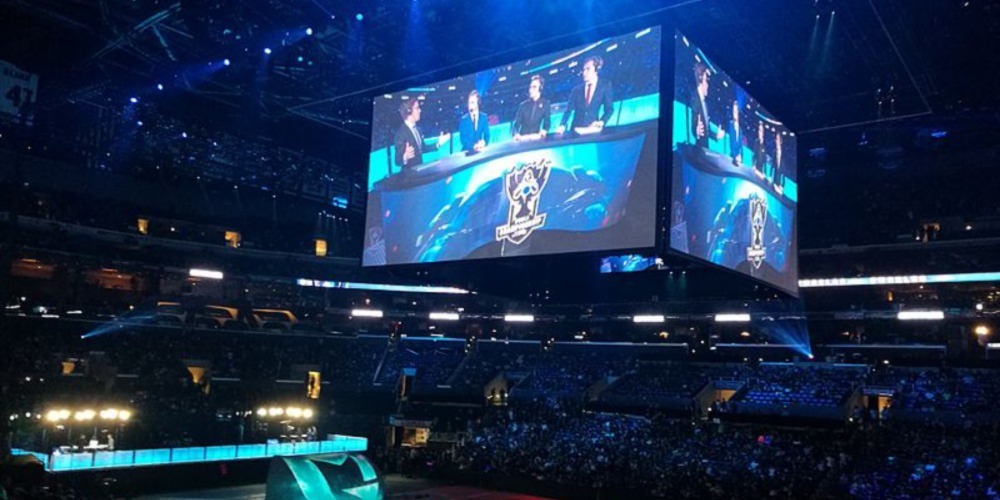 We have collected the best and biggest upcoming eSports events for bettors. Therefore, in this article, we are going to talk about one event for each of the best eSports to bet on. No matter the genre of games you like, you will surely find at least one game that fits your needs. However, keep in mind that these aren’t the biggest events of the whole game.

Therefore, we are talking about events to bet on. Because more than often a world championship is not the best idea to bet on. Because there are always surprises coming due to the intensive training. Furthermore, all of these events are available at most online sportsbook sites in the US and other regions around the world.

Wild rift is a black sheep on the list. Because every other game is a computer game, while Wild Rift is a mobile eSport. However, it is undeniable that mobile gaming is becoming more and more popular. Because Riot Games is hosting a tournament with the prestige that equals a bigger League of Legends competition. Therefore, one of the biggest upcoming eSport events to look out for is the Wild Rift Icons Global Championship. This is something like a world championship for this mobile game. If you are wondering about how people play this game professionally, they are sitting at tables with tablet modules.

The WOW MDI Global is one of the most prestigious Worlds of Warcraft events. The name of the event is short for World of Warcraft Mythic Dungeon Internationals. Therefore, groups are competing against each other in time. Because this is a PVE event, in which players are not directly killing each other.

However, this event tends to be more competitive than arena games. Because whoever wins the WoW MDI is considered to be the best PVE group in the whole world. If World of Warcraft is not one of the biggest upcoming eSport events for you, then check out our article about how to pick the best eSport.

In a different article, we have explained what the LOL LCS Academy is all about. Therefore, if you have read this article then you already know why this is one of the biggest upcoming eSport events for sportsbook bettors. To summarize this event, an academy team is a team purchased by big teams. Therefore, these are professional, competitive, and thriving players who haven’t made it to the top leagues just yet. However, in the future, they are going to replace the falling out rosters of the world’s leading teams.

For many people, the R6 Japan League is not one of the biggest upcoming eSport events. However, it is truly one of the most anticipated events for the Japan Rainbow 6 Siege fans. Because this is the event that will decide which Japanese teams will represent the region of the world.

Furthermore, it is extremely easy to predict which team is going to win this competition. Therefore, everyone who understands the Japanese rosters should try to place a bet on this game.

The CS: GO Elisa Invitational is one of the most prestigious events within the Counter-Strike community. Because as the name suggests, this is an invitational match. Therefore, the contestants are all selected based on their potential skills. Because in our modern-day, many championships are influenced by the management of teams. However, the CS.GO Elisa Invitational serves as an unbiased chance to prove for all teams. According to the OGS, the Red Bulls team is going to participate in this event. Because they are planning to conquer the world.

The Dota2 DPC is short for Dota 2 Pro Circuit. This is a semi-professional event that lets amateur teams with high potential gather points. Therefore, these points are going to determine which participants will be invited to official Valve tournaments. The reason why this is one of the biggest upcoming eSport events for Dota 2 fans is because of the skill cap. Therefore, some teams will join this competition with no ambitions to join bigger tournaments. And some teams will join only to steamroll other teams to become professional.

A retro game for retro players, StarCraft II is still hosting events. Do you remember ancient times when the third place in this tournament was awarded 500 Bitcoin? You can relive the prestige of the oldest eSport with the Starcraft II – Global Starcraft II League. If you are from America, then you can bet on this event at Bovada Sportsbook.

According to the Overwatch League, the next OWL is going with the Overwatch 2 format. Therefore, it is going to be the first world championship hosted for this new game.

Because OW2 is going to replace the original Overwatch. However, we know very little about the specifications for this tournament. Therefore, it is one of the most exciting eSport events. Also the biggest upcoming eSport events for not only bettors but the fans of the game as well.

Finally, we have reached the king of the biggest upcoming eSports events. Because the Valorant Project V is going to replace what others call internationals for every other game. However, there is a catch in these series. According to Liquipedia, the Valorant Project V allows simple players to create teams and register for this competition. Therefore, this is the event that selects the future best players. Furthermore, the skill-cap is present once again. Because one player is going to dominate the majority of the teams. From America, you can reach this event at Bovada Sportsbook.

An honorary mention in this article is the Rocket League Championship. Because this isn’t one of the biggest upcoming eSport events. However, Rocket League is one of the most innovative alternative games. Furthermore, it is a very important event in the life of some talented eSport players. Therefore, if you are a fan of Nascar or F1 and soccer, then this eSport is going to be the best for you as a bettor. You can bet on this game from America at Bovada Sportsbook.