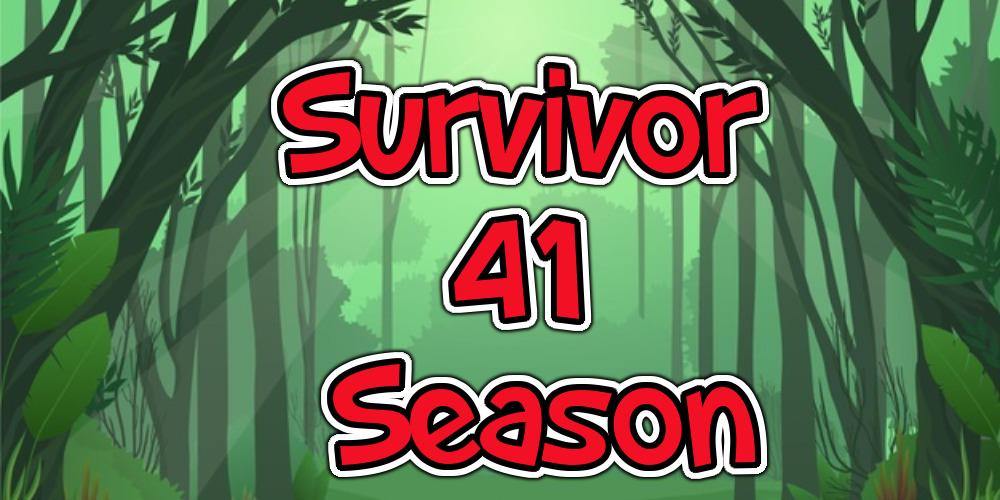 It is already the 41st season – yes, you see the number correctly – of Survivor, but the world is still in for it, so much, that they already started to predict the odds on the winner. Of course, since it is a show that not only viewers, but gamblers love too!

We have to face the facts: people just love competition programs. It does not matter if it is on the television or a streaming platform. Also, it does not matter if it is a cooking show, a drag race, a baking program, or if it is all about skills – and let us say: surviving. It really just all the same for viewers, who love watching others competing for a prize. And that is probably one reason why Survivor is still one of the most popular shows. We can confidently say, that it is popular since it already had 40 seasons! And the 41st season already brought some interesting adventures, and it also triggered the winning odds! But where can you get to those odds? Here is everything you need to know on the topic!

First, here is a little heads-up from Wikipedia. “Survivor is the American version of the international Survivor reality competition television franchise. (…) The American series premiered on May 31, 2000, on CBS. It is hosted by television personality Jeff Probst, who is also an executive producer along with Mark Burnett and the original creator, Parsons. The television show places a group of strangers in an isolated location, where they must provide food, fire, and shelter for themselves.

The contestants compete in challenges including testing the contestants’ physical ability like running and swimming or their mental abilities like puzzles and endurance challenges for rewards and immunity from elimination. The contestants are progressively eliminated from the game as they are voted out by their fellow contestants until only one remains and is given the title of “Sole Survivor”.” Now, let us get to Survivor season 41, and then the winner odds!

Here it comes finally! As you probably know, “the season was supposed to premiere in September 2020, but production was put on hold for an entire year due to the COVID-19 pandemic.” So now, the new season is set to premiere on September 22, 2021, on CBS in the United States and Global in Canada. The host and executive producer Jeff Probst already confirmed this date in a tweet. We also know, that after many changes, they eventually filmed the new season in Fiji, the usual location. Another important factor is the cast. Although they only start airing season 41 at the end of September, they already announced the cast on August 30th! This way, we can already be pondering over the winner’s odds! And it is not only us: online sportsbook sites in the US do the same thing, you can already see the odds on Bovada!

It is true, that we do not know many things about the contestants. Of course, we kind of ‘met’ them, and we have some information on where they came from. However, it is quite a far fetch to have any kind of predictions now. But it did not scare the bookmakers at Bovada away! Here are their odds on the winner of survivor season 41.

According to them, there are three frontrunners at the moment. Danny McCray, David Voce, and Erika Casupanan are all in with odds of +500. In the meantime, Deshawn Radden, Naseer Muttalif, and Shantel Smith are running with odds of +750. For now, the others are pretty much left behind. Of course, it does not mean that they do not have any chance to win. And that is exactly the beauty of it! You can already make some bets, and you can also wait until you see how all the players perform, once the show starts airing!