Video poker is under threat in Switzerland’s restaurants. 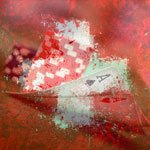 Although there aren’t any real online casinos in Switzerland just yet, playing poker on computer screens is still legally available – for now.

Some thirty of these games, including a couple that are poker themed, are now in the crosshairs of the Federal Gaming Board. According to the document published last week in the official Federal Gazette, the regulator intends to classify these games as “gambling”, and thus ban them outside of properly licensed casinos.

Swiss gambling laws are not among the most permissive ones in Europe, relegating nearly all gambling activities to brick-and-mortar casinos. If the games in question are categorized as gambling machines, then they could not be located anywhere but in such establishments.

Casinos would of course be an unlikely location for such terminals, so such a move would in effect mean the removal of these game titles from the Swiss market.

The process, however, is not as simple as it used to be. The FGA is forced by a Federal Court ruling to actually apply a specific procedure when dealing with electronic games. It can no longer seize a slot machine or block an online game without first demonstrating that the games in question indeed qualify as “gambling”, which can only be carried out in casinos.

Under this procedure the games’ operators, distributors and manufacturers have thirty days to contribute their opinions, so Swiss fans of Joker Poker and Vegas Hot still have at least a few more weeks left to play their favorite games.