The Philippines seeks to match Macau and Singapore in gambling revenues 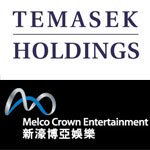 The accommodating Philippine gambling laws have resulted in a booming industry, with 30 brick-and-mortar gambling venues, three racetracks to serve horse racing fans 6 days a week, and a legion of bookmakers and betting shops across the country.

Although this does not make the Philippines the gambling capital of Asia just yet, the country may well be on its way to challenge Singapore and Macau.

As the first one of the country’s mega casino projects, Solaire Manila opened its doors in March, scheduled to be followed by Belle Grande next year, as well as two other mega resorts in the following years, the country’s prospects in the gambling industry look bright.

The Philippine Amusement and Gaming Corporation (PAGCOR) is certainly adamant on bringing Entertainment City and Roxas Boulevard into the same league with the Las Vegas strip and the casino districts of Singapore and Macau, and investors are positioning themselves to grab a piece of the pie.

The country is developing this industry at a quick pace, planning to host 10 million tourists a year by 2016.

Meanwhile there is also a Filipino internet casino boom, with over 3,000 iGaming parlors welcoming players across the country.