The Best Players of the Copa América – Part 2

News >The Best Players of the Copa América – Part 2 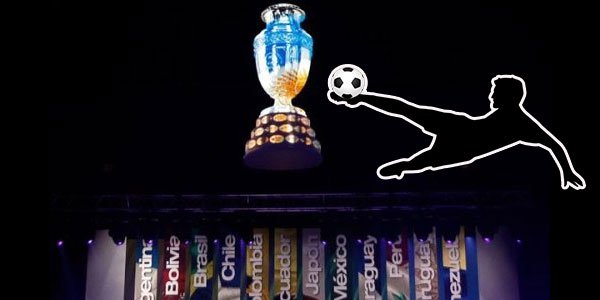 Our aim is to present the best central defenders and defensive midfielders who are participating in the Copa América.

Even though the fact that South American football is famous mostly of the incredibly skilled attacking players and of the attractive style of football that most team play, they are also full of amazing defensive players.

• Brazil is full of great defenders
• Luiz and Silva are great, as well as Godin
• Mascherano and Vidal are top midfielders

Our aim is to introduce the very best of these players, whose main task is to stop the opponent’s attackers from scoring or even from creating occasion. It is very rare when mobile betting sites highlight the importance of a great defender, so we would like to present the best central defenders and defensive midfielders in this article.

Central defenders are key figures in a team’s success. If they are not good enough, or not confident enough, the opposing team can easily use their faults to score goals and win the match. However, if they perform well, they can also save their teams from conceding goals and hence, winning the match for their team.

That is how we could describe Brazil’s two central defenders the best. Thiago Silva and David Luiz form a perfect pair in the middle of the defensive line both in their national and club team at Paris Saint-Germain. Thiago Silva played for AC Milan before joining the French champion. Silva has been member of the FIFA Team of the Year in both 2013 and 2014.

Meanwhile, David Luiz was key player at Chelsea before joining the Parisian side. The two central defenders were key figures in the Champions League this season when they faced Chelsea in the Round of 16. David Luiz scored PSG’s first goal which meant they can continue the game on extra time, while Thiago Silva equalized in the 114th minute, which resulted in the farewell of the English club. However, they were powerless against Barcelona in the next round.

These two players would surely be chosen into our dream team of the Copa América, even though the fact that the continental tournament is full of other great defenders. Even in the Brazilian squad, their substitute is Miranda, who has scored the winning goal in the final of the Copa del Rey for Atletico against Real Madrid in 2013.

Then there is Miranda’s teammate, Diego Godín, from the Uruguayian national team. Online gambling sites in Spain report that his amazing performance was one of the main reasons why Atletico won the league and finished as runner-up in the Champions League in the last season. He scored important goals and defended faultlessly.

And we did not even mention the likes of Ezequiel Garay from Argentina, who is now playing for Zenit St. Petersburg, after leaving Real Madrid then Benfica for the Russian side. In addition, we can also find Rafael Marquez in the Mexican squad, who is, at the age of 36, he is not who he used to be, yet he is a great class and a terrific captain.

Mascherano and Vidal are the best defensive midfielders at Copa America

The defensive midfielders are those who directly stop the opposing teams from leading counter attacks. Online sportsbooks report that they are the first ones to face the attacking players of the rival. Their role is also very important as we have seen that dominating the midfield can win many trophies to the teams – as, for example, Barcelona’s and Spain’s superb midfield with Xavi and Iniesta won all the possible trophies.

The most well-known defensive midfielder of the Copa América is another midfielder from the Catalan side. He is the Argentinian Javier Mascherano, who often plays as a central defender at his club, however he has been playing superbly in the national team in his natural position. He, together with Angel Di Maria, have lead Argentina to the World Cup final only to lose against Germany by Mario Götze’s late goal.

The other great star in this position is Arturo Vidal, who plays for the Chilean national team. He ig a highly appreciated player and has shown his amazing skills many times in the past. His latest achievement is reaching the Champions League final with Juventus after eliminating Real Madrid in the semi-finals. The final will take place in Berlin on 6 June, just few days before the beginning of the Copa América.

Colombian gambling news report that their national team can also present great players in the above-mentioned position. Football enthusiastic spectators will surely know the names of Abel Aguilar and Freddy Guarín, who play for FC Toulouse and FC Internazionale respectively.