These Are the Biggest Greyhound Racing Events 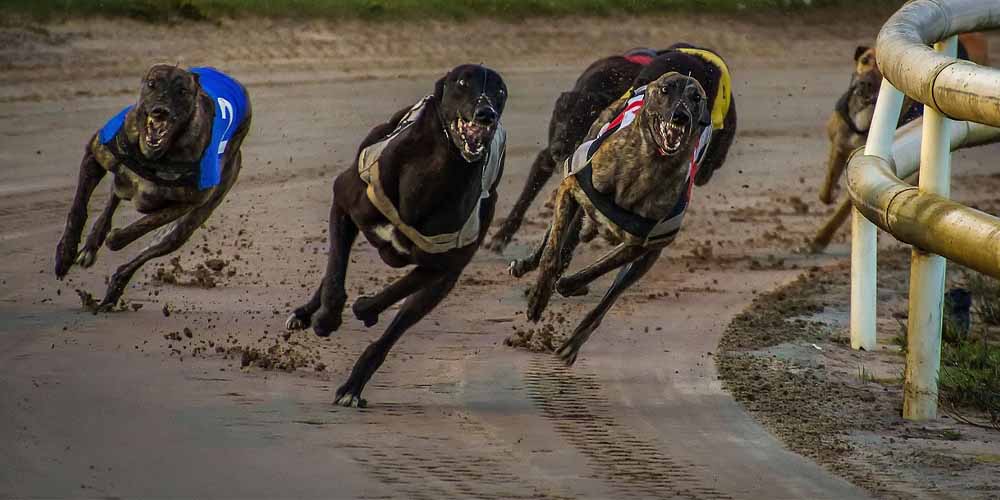 Claim 22BET's 100% match bonus up to €122. 18+. New customers only. Valid for 7 days. Wagering requirement is 5x in accumulator bets. Minimum deposit €1. General T&C apply.
Claim Bonus22BET Sportsbook review
Are you ready for the biggest greyhound racing events? As you know greyhound racing is getting popular again so it’s good some tips and tricks for that. If you are new to the sport and want to bet on it we’ll help you! With our guide, you can find out about the best racing events. What’s more, we’ll tell you a little bit about every one of them. So if you are ready keep reading! And after you read our guide visit 22BET Sportsbook to put on your wagers!

These Are the Biggest Greyhound Racing Events: The English Greyhound Derby

This interesting sport has a proud history in the United Kingdom. Dating back to the monarchy. The races are now held all over the world, from its birthplace in the United Kingdom to the race grounds of Australia. These are the most important events around the globe right now. So if you want to enter the greyhound racing betting scene keep an eye on these.

First, on our list, we have the English Greyhound Derby. If you look at the online sportsbooks in the US, you can see this is one of the most popular ones. This is without a doubt among the most famous Greyhound races in the world. Every year in June or maybe July, the tournament takes place, with prize money totaling up to £175,000 British Pounds. The inaugural edition of the tournament took place in 1927 in Wimbledon on a 480-meter track. The derby is now conducted in Towcester over a 500-meter course. So each year it’s a greyhound race people await for. If you plan on putting on your first ever bet on this sport well, you should try this greyhound derby.

Before going on to other big races let’s talk about some other greyhound races held in Great Brittain. Among the biggest greyhound racing events, you can find is the East Anglican Cup. Yarmouth Stadium hosts the East Anglian Derby. It was initially held in 1975 with NGRC rules, and the winner receives £15,000 today. The amount of prize money awarded today places the tournament among the top greyhound races.

Moving on we still have some worthy greyhound races. One of the biggest greyhound racing events is The Select Stakes. It’s a one-of-a-kind tournament. In which a jury selects six greyhounds to participate in the prized one-off race. Well, which now is raced over 500 meters and takes place in late July at Nottingham. So don’t miss it!

It used to be held at Wembley, but when that venue closed, it decided to move to Nottingham in 1997 and has remained a race where some of the best four-bend performers compete. It also happens to be held around a month just after Greyhound Derby in Towcester, enough that greyhounds who have competed in that event frequently line up here. If you are interested in putting on a bet in the summertime at a greyhound race consider this one. Visit 22BET Sportsbook and wager today!

Of course, we have some other recommendations for you. As it was said before greyhound racing is a sport that is played nearly everywhere around the globe. So we have some Australian races for you. The Melbourne Cup is one of the most famous ones. So you might have seen it on the online gambling sites in the US. The Melbourne Cup, not to be confused with the horse-racing race with the same name, is possibly the world’s largest Greyhound race. It features the largest winning reward of almost any racing event, including a total prize pool of A$350,00, attracting racers from all around Australia. Sandown Park will host the event in November. Australia is recognized for its diverse betting games, which include anything from major horse races to cash bingo. All in all, it’s really one of the biggest greyhound racing events.

Let’s Take a Look at the Sandown Cup

As the list goes on you can see that greyhound racing is not dead. Well, it’s getting more popular these days. So if you want to get into this sport now is your time! You can find many cups and derbies. Even though most of them are held in the summertime. So moving on among the biggest greyhound racing events we have the Sandown Cup. And why is it special?

When it originally began in 1964, it was called just the Wollamai Cup and was considered Australia’s wealthiest staying event. Sandown Park hosts the last race of the three-week series. It has some of the country’s fastest sprinters and stayers. The first prize of the event is valued at roughly AU$250,00, with Bobby Boucheau currently holding the record.