What Is Pelota – Pelota Betting Explained 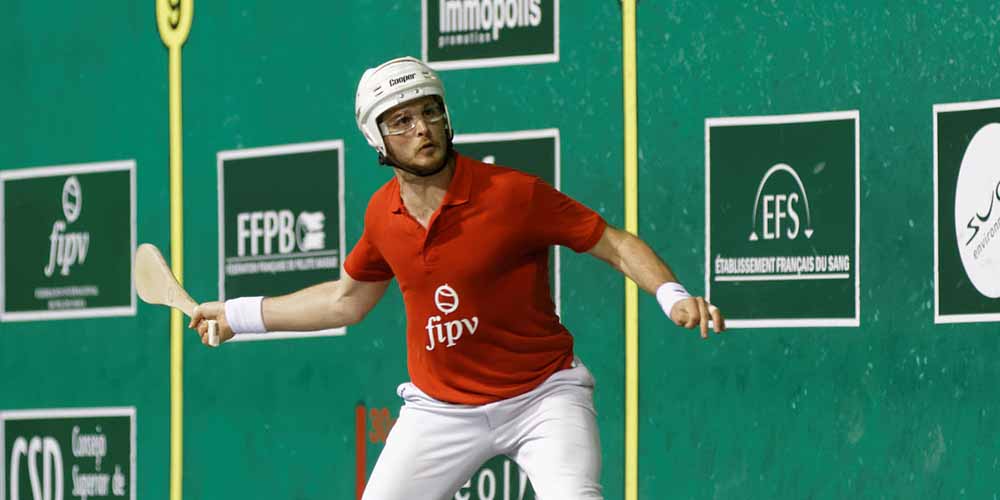 Pelota is the most popular sport in Basque Country. Pelota is the name for various ball games played by a wall. It’s a mix between squash and handball, where the players can use their hands, wooden bats, rackets, or baskets against a frontier, like a wall. Two players and teams can also play pelota. You might have seen the movie Odds and Evens, where Bud Spenser played a version of pelota. Though you might know this game from your childhood since it is a popular backyard fun. This article is about pelota betting explained!

The Basque pelota is the ancestor of squash, so quite a few of its rules are close to those of the more well-known sport. Mainly in Basque Country, but in France, Latin America, the Spanish-speaking part of the United States, and Florida. Its name is pelota in Spanish, pilota in Basque, and pelote in French. The roots of the sport also trace back to ancient Greek culture. According to historians, the world’s oldest pelota course was found in Uxmal, Mexico. Archeologists have come across it during an excavation of a 7th-century Mayan city.

According to the rules of the international federation, there are four different sized pelota playing fields. The 30-meter, 36-meter, 56-meter, and the course known as Trinquete. Which is 28,5 meters long. The player must hit the ball to the front wall that the opponent cannot reach it. The ball must first touch the front wall, then it can graze both the side and back walls, but it can only touch the ground once, only within the playing area.

The international federation of the sport, the FIPV, Federación Internacional de Pelota Vasca, was founded in 1929. It currently has 27 members, including Belgium, Spain, France, Italy, the Netherlands, Greece, etc. It was featured in the Summer Olympics in 1900 and in 1924, 1968, and 1992 as a demonstration sport. In 1952, the first World Cup was in San Sebastián, Basque Country. The Spaniards are the most successful so far. At the World Championships gold medals were awarded in all four types and in all 14 sub-categories played with rackets and hands. You can find other pelota betting explained articles at online sportsbook sites in Spain!

How to play – Pelota betting explained

In pelota, the Server wins the round if its opponent hits the ball too low, if they hit it outside the playing field, or if they can’t hit the ball before it bounces on the floor a second time. The ball touching one of the lines means also losing the round. If the Receiver wins the round, they do not earn points but get the right to serve instead. During the game, players can hit the ball directly in the air or after bouncing once on the floor. The players can use the side and back walls to return the ball to the front wall. The betting can take place as soon as the Server starts the match. Bookmakers offer the option to bet on the points, the winner of the rounds, or the whole game.

Since we are talking about a less-known sport, you have plenty of opportunities when it comes to betting. Besides the more popular sports, the bookmakers don’t always have time to pay attention to determine the new odds so you can make more money. According to 888sport Sportsbook, betting on the winner is the bet that every betting platform offers. Since you need to win two games to become the winner of a match, you can bet on who will win each round or whether the game will end in a tie or not. In this article about pelota betting explained, you will see that there is not such a wide selection of wagers as with mainstream sports. Though, you can turn it to your advantage!

In our article about pelota betting explained, we will show you the differences between the four types. First, let’s take a look at the 30 meters long court. It is enclosed on three sides and by a 10×10 meter wall at both ends. This is a category for both men and women. Women play with a tennis racket called a frontenis racket, but the ball is more solid and smaller than tennis. It weighs about fifty grams and is stiffer and smaller than usual for pelota. The men are already playing this field with a wooden bat called a paleta goma.

It is similar to the size of a tennis racket, and is 55 cm long and weighs up to 500 grams, and is hardwood. In the case of the paleta goma, players must serve from 15 meters from the front wall. By the frontenis, the distance is a minimum of 17,5 meters. A game lasts up to 15 points according to international rules. Winning two games means a victory. If there is a tie after the two games, the players will also play a final round, which will only last for seven points.

On the 36-meter course, the game takes place in several ways. In the so-called singles mano games, where there is no racket in the athletes’ hands, they hit the ball by their palms. The ball is from wool, covered with leather, weighing 92-95 grams. In addition to singles, they also play pelota in doubles, called doubles mano. Besides the hand game, it is played with two other types of rackets, the paleta cuero, and the pala corta. The paleta cuero is a racket made of wood, up to 50 cm long and 13,5 cm wide at the top, weighing 600 grams.

The pala corta is even narrower, 11,5 centimeters wide, and almost 200 grams heavier. Both are made of hardwood. The latter makes it much harder to hit the ball but, in turn, can be sent back much harder. Competitors play in helmets, as the speed of the ball bouncing off the wall can reach 120-130 kilometers/hour. A set goes up to 15 points on a 36-meter course, and the same principles and pelota betting rules apply to the six-meter shorter courts.  Check out our squash betting guide, since the two sports have several similarities!

Our article about pelota betting explained might overwhelm you at first, but if you need to know the rules for successful wagers. This is a long course, where the playing field has walls on three sides. There is a 10-meter high wall at both ends. The height of 1 meter at the bottom of the front panel qualifies as out. The wall is higher than on the other courses. The game is played with a basket-like glove, called cesta punta. This is the variety of pelota, which is practiced in the United States as jal alai, especially in Florida. The basket is attached to a special glove.

The basket is a strong wicker material, which is 68 centimeters long, 13 centimeters wide, and has a curve. The players can throw the ball at an incredible speed with it. The world record holder is Ramón Areitio, who, in 1979, threw the ball at 302 km / h speed in Newport, Rhode Island. They play this type of pelota with a goatskin ball weighing 125-140 grams. At jai alai, the players serve the ball 40 meters from the front wall.

Check out the odds of that distance at 888sport Sportsbook!

The Receiver will score if the ball does not hit the ground between 16 and 28 meters from the front wall or according to the rules discussed above. If one of the teams scores a point, the players switch, meaning a member leaves the court, and their teammate continues. Athletes can also earn points if a player prevents their opponent from reaching the ball. The team that scores the first seven points wins the game. The winner must win two games. Betting on teams is the same as with singles. The only difference is that you can place special bets on the players!

Another variation is trinquete. Trinquete is played on a wall, significantly shorter than the others, only 9,5 meters high and wide. It is worth noting that on the left side of the course, in front of the spectators, there is a 1,5-meter wide space protected by a net. It is also a significant part of the course, as is the glass wall opposite it, or stone wall on some of the tracks, making it the only pelota course closed on all four sides. You can also play on this course by hand, with the paleta goma, which has the largest hitting surface, as well as the paleta cuero, and a racket called share or xare in Basque.

The weight of the ball is also different, depending on what racket you are playing with. If you play with only your hands, it weighs 101-103 grams for men and 92-95 grams for women. In the hand game, the players apply tape to protect the palm and keep the ball from sticking. The ball is 40 grams for paleta goma and 52-54 grams for pelota cuero. The size also changes accordingly. The xare is a stretched racket, similar to a tennis racket, but with a loose net. It is 57-58 centimeters long and 17-18 centimeters wide. With this bat, they not only hit, but also throw the ball with high speed. If you are lucky, you may come across bets about speed records, etc.