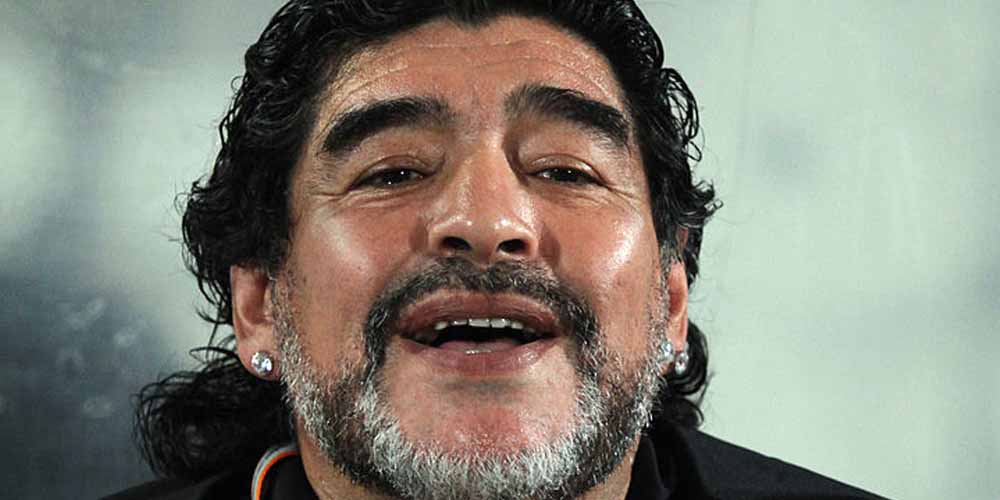 Diego Armando Maradona was born in the slums of Buenos Aires. He managed to escape poverty by becoming a world football superstar. Many believe that he surpassed even the Brazilian Pele. Brilliant, scandalous, and outrageous Diego Maradona. A football icon with its flaws. One of the most gifted players in football, he possessed a rare combination of fuse, brilliance, tactical vision, and speed that captivated fans. However, many fans were enraged by his famous “hand of God” goal and repulsed by drug-related escapades off the field and a string of scandals in his personal life. So stick with us to know more about Diego Maradona scandals and history.

Diego Maradona Scandals and History: The Childhood of a Prodigy

Diego naturally had strong legs. And already at 10 months old, he not only stood confidently but also began to walk. His father worked at various enterprises and was self-employed, but his main job was at a mill. And his mother took care of the children and ran the household. On his third birthday, he received a ball as a gift from his great-uncle. The little boy fell in love with the present so much that he did not part with it even at night. Even the mother, who complained about his studies and dreamed of her son’s accounting career, realized that Diego’s vocation was football.

Despite the approval of his son’s passion, Diego was forced to study and help the family in everyday life. As a part-time job, the Maradona family traded in pottery. Painting pottery, Diego often quit his job and rushed to the field, where a team of local boys was waiting for him. At home, the father arranged a showdown and punished the guy, depriving him of ball games. But the nimble fellow tried to steal away a minute to practice his skills. At the age of 9, Armando, after an official screening, was invited to play for the local football club “Little Bow”. He brought more than 140 victories for the club. Diego played in a team with the older generation and deftly circled opponents.

The attacking midfielder and striker had a special position on the field. He was always visible. The ball was in his possession and under control with a fair amount of frequency. By circling the opponent, Diego created scoring chances for his team and himself. He played a total of 680 matches, in which Maradona scored 345 goals. Argentinos Juniors was a hot start for Armando. Although few people knew him by name, all the fans had already paid attention to the teenager who handled the ball as an extension of his body. Officially, Armando will start playing for Argentinos Juniors in 1976, when he turns 16 years old. But already in the eleventh year, he did not miss a single game and participated in team training.

In 1982, Barcelona bought Maradona, claiming that they now had a “cosmic squad”. The transfer of Diego Maradona to Barcelona cost the club approximately $8 million. It was a cosmic amount for that time, and Diego became the most expensive player. The first games were not successful. Plus injuries and hepatitis took the scorer out of the game for almost six months. The injury happened in a game with Athletic Bilbao. Diego ended up in a hospital bed with a compound ankle fracture.

After recovering from his injury, Diego re-entered the game. Maradona was scolded by the Basque fans in every possible way, shouting obscene things about his father from the stands. Diego lost his temper for a minute and rushed to the crowd, waving his arms and legs. Solo ran out to meet him, whom Diego accidentally or on purpose provided a knockout with one blow. Goicoechea rushed at Armando and began to beat him on the chest.

Then the team of “Barcelona” joined the fight. Substitute players got up from the benches, and a football battle ensued. After the fight, the Catalan club decided to say goodbye to Diego. In total, the genius with a bad temper played 58 games in the club and scored 38 goals against the opponent. Also, check out the online sportsbook sites in Argentina for the best betting odds. 22Bet Sportsbook is the best choice for you to explore the betting world.

“Hand of God” or “Goal of the Century”

34 goals scored by Maradona in 91 matches for the Argentine national team is only a small part of his turbulent international career. According to online sportsbook news in Argentina in 1986, he led his team to victory in the World Cup, and four years later – to the final. But already in the quarterfinals of the 1986 championship, Maradona showed the football world how controversial he can behave on the field. This scandal over the years penetrated all spheres of his life. Argentina played with England, and the emotions in the stadium raged. Just four years ago, the war between the countries over the Falkland Islands ended.

In the 52nd minute, with the score 0-0, being in the opponent’s penalty area, Maradona jumped up at the same time as England’s goalkeeper Peter Shilton and sent the ball into the goal with his fist. He later said that the goal was scored “partly by Maradona’s head and partly by the hand of God”. Four minutes later, Maradona scored the goal known today as the “goal of the century.” He took the ball in his half of the field and began to move towards the opponent’s goal. Leaving behind five players from the English national team, he went around the goalkeeper and scored the ball into the goal. England still managed to score, but Argentina advanced to the next stage. Maradona then said that for him to knock out the English from the tournament was much more important than winning the match.

The next seven years the Argentinian spent in Naples, playing for Napoli. The best football team in the southern part of Italy. But Maradona fell in love with the heart and soul of Naples. Maradona, after a stressful time in Barcelona, ​​began to enjoy playing football again. This allowed him to reveal his talent, relieve unnecessary stress, and constant alertness. Maradona directed all his potential to a team game and the development of new dribbling techniques.

In the 85/86 season, the club won the Coppa Italia. In 1989, Napoli players won the UEFA Cup. Sometime later, at the peak of his popularity, Maradona began to have serious drug problems, and fame blew his head off. After a disqualification for drug use for 15 months, Maradona moved to the Spanish Sevilla. The president of the Seville club paid 7.5 million dollars for Diego. He understood that at that time the player was not worth the money. His reputation was damaged, and his physical form was not the same.

But the fans will be happy to see a legend in their club. Despite the injuries, thanks to painkillers and remarkable skill, Diego brought several significant victories to the club. But in 1993, Sevilla sold Maradona to Newell’s Old Boys. But the genius was no longer the same. In 1997, Diego announced that he was retiring from football. So this was Diego Maradona scandals and history.

Don’t forget to visit 22Bet Sportsbook and place your winning bet on your favorite teams.