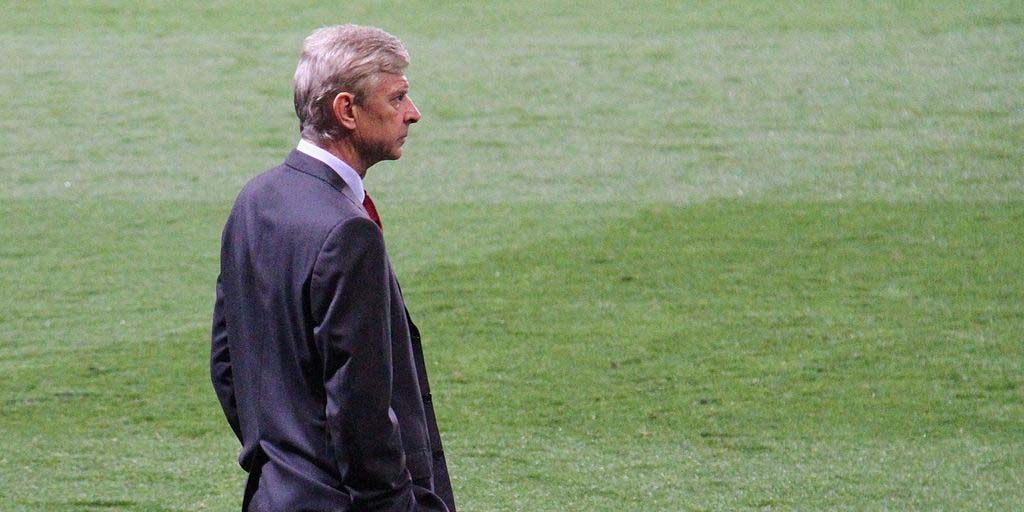 They are the best and most successful managers in football, but they can’t stand each other on and off the field. Normally it’s just verbal insults that they throw at each other, but in the worst cases, they can get physical. At the same time though most of these relationships are based on respect for the other. Even though they are examples of the biggest manager rivalries in football.

The rivalry between the best football managers have always existed, but it feels like they became tenser during the years. Some of them actually have become friends, in the end, usually, after one of them has retired. But in some cases, these managers are very different characters. There is no chance for them to get on well with each other at any time.

One of the biggest manager rivalries: Arsene Wenger vs Sir Alex Ferguson

The rivalry between two legendary managers, Arsene Wenger and Sir Alex Ferguson started back in 1996 when Wenger became the manager of the Gunners. At this time their clubs, Arsenal and Manchester United were the best teams in the Premier League. The tension between the two managers reached its peak in 2004, during the so-called ‘Pizzagate’ incident.  After the game Arsenal player, Cesc Fabregas threw a slice of pizza at Ferguson at the tunnel.

It was a heated game in Manchester with a controversial penalty awarded to United in the second half.  The 2-0 final score meant an end to the 49-game unbeaten run of Arsenal. As online sportsbooks in the UK were mentioning, the two bosses didn’t speak after five years. They both retired since, and actually became friends. Ferguson even paid tribute to Wenger when he was inducted in the Legends of Football Hall of Fame last year.

Wenger doesn’t have an easy personality, so it was quite predictable that he won’t be best friends with another strong character, a so-called Jose Mourinho. The Portuguese called Wenger the special one in failure, and they have even become physical after an incident between their players on a PL game.

But again, at the end of Wenger’s career, Mourinho paid a warm tribute to his rival. He even said Wenger is one of the best managers in the history of football, a real 360-degree turn after his previous thoughts.  Mourinho is still in the game, at the moment he is the manager of Tottenham, and you can make a bet on their next game at bet365.

Still staying with Mourinho, he hasn’t been very popular with the other managers either. But probably he has the worst relationship with Pep Guardiola. He met him first as Chelsea manager in the Champions League semi-final against Guardiola’s Barcelona. Chelsea lost in controversial circumstances, but Mourinho took revenge with his new club, Inter in the following year. Their meetings became more intense in the following two years after Mourinho was appointed as the new Real Madrid coach. The rivalry with Mourinho could have been a reason for Guardiola’s one-year break from football as online sportsbook news in the UK was mentioning.

After Guardiola’s return fate brought them together again in the UEFA Super Cup. Here Pep’s new team, Bayern Munich beat Mourinho’s old-new team, Chelsea. Their last meeting point is England and the Premier League, where both of them are working at the moment. As the manager of United, Mourinho suffered some bad defeats from Guardiola’s Manchester City, which left Jose with a bad taste. Now as Tottenham’s manager he has a chance once again to defeat Guardiola, theirs is one of the biggest manager rivalries at the moment.

Arrigo Sacchi and Fabio Capello are two of the greatest Italian managers of all time. Their faith crossed each other in a very unusual way, they were the managers of the same club, AC Milan. Sacchi was appointed as the team’s new manager in 1987 and led them to become Serie A champions in his first year. Capello was a member of his staff and took over the team after Sacchi was sacked.

The team became even more successful under Capello’s reign. They won four Italian titles during his five years, besides winning the Champions League in 1994. Sacchi wasn’t a big fan of Capello’s more cautious style as he was a  fan of attacking football himself. But their mutual respect stayed with them for all these years. Now Milan is not doing so great in the Serie A, they are currently in 7th place, but you can still bet on their next game at bet365.

A classic rivalry from the UK

At last, let’s check a classic rivalry from England. Back in the 70s, Leeds and Derby County were fighting for the title in the First Division. Their managers, Brian Clough and Don Revie were big rivals as well, and two very different personalities.  Clough was very outspoken and charismatic, and supported nice football, while Revie was a polite and courteous person. His football style was focusing on physical dominance though.

Revie was the manager of Leeds United for 13 years, during which his team won the First Division twice.  But he wasn’t popular with the board members at the club and was sacked in 1974. His big critics, Brian Clough took his place but he only lasted 44 days at his new club. Clough was at Derby County for 6 years before, leading his team back to the top tier. He wasn’t very popular after criticizing his own fans and making comments about his opponents, including Revie as well. Well, these clubs, unfortunately, are not doing that great now. Though Leeds has a chance to get promoted to the Premier League. Currently, they have the odds of 2.20 to do so.