The Black Market for Online Casinos in Malaysia

News >The Black Market for Online Casinos in Malaysia 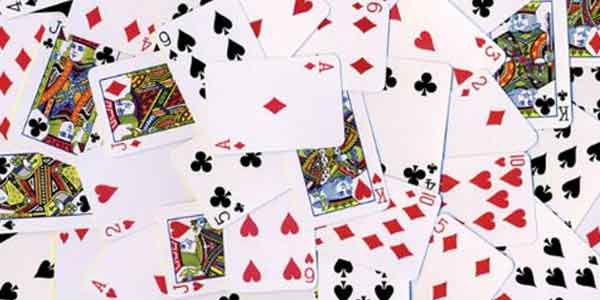 Despite a broad and aggressive crackdown on illegal gambling operations, the use of licensed online casinos remains prevalent.

The Malaysian government is openly hostile to gambling, with the Genting Resort Casino being the only licensed brick-and-mortar casino in the country and Muslims (the majority of the population) being banned from gambling altogether. But rather than stopping locals from gambling, it just pushes them into underground card rooms and unlicensed online casinos in Malaysia. The state views this as a serious social disease and is currently undertaking a vast, aggressive crackdown against underground operations throughout the country.

The roots of the crackdown

• Malaysia has only one brick-and-mortar casino, Genting, and all forms of gambling are illegal for the country’s 17 million Muslims

• In early 2014 the government began a broad crackdown against illegal gambling dens, creating a special task force to target the alleged problem

Malaysia’s first and only licensed casino, the Genting, was opened in 1965. Because the majority Muslim population is barred from gambling due to religious law, the casino primarily serves foreign tourists. The only other legal way to gamble is with one of three licensed lottery providers: SportsToto, Magnum BHD and Pan Malaysian Pools. These companies are already barred from selling tickets to Muslims, and some state officials want to tack on further restrictions.

There used to be countless gambling arcades featuring slot machines and fixed-odds betting terminals prior to 2000, when such establishments were banned. Despite all the restrictions, as incomes have risen and internet casino sites become more available, it has become much more difficult to prevent the country’s 17 million Muslims from gambling.

At the beginning of 2014 the central government as well as local governments in several states began cracking down on unlicensed operations. In January Home Minister Home Minister Datuk Seri Dr. Ahmad Zahid Hamidi announced the creation of a 200-strong Special Task Force on Organized Crime (Statoc) with the sole purpose of indentifying and raiding illegal places of gambling. It has carried out numerous high-profile raids, including moving against three operations in a single weekend last January during which it confiscated 300 computers used to access unlicensed gambling sites.

For the time being Statoc has focused on the capital city of Kuala Lumpur and the state of Selangor, where authorities estimate two thousand illegal gambling dens are in operation (this includes card rooms and internet gambling cafes). But judging official rhetoric, it looks like the state is determined to curb the activity nationwide. Zahid told operators “both conventional and online, to close down their business now, and not mess with us… we mean business.” But with how prevalent the activity is, and how difficult it is to enforce Malaysian gambling laws, the authorities will have a difficult time.

How prevalent is online gambling?

The government’s zeal for curbing illegal gambling shows just how popular the activity is. Numerous Asian countries including China, Vietnam and India do not legal gambling markets, and in each case the black market is huge. The state can work itself into a frenzy seeking out and shutting down unlicensed sites and card rooms, but as long as people have some pocket money to wager, they will. There are plenty of, albeit illegal, online betting options available to Malaysians.

What are the most popular places to gamble? Many international sportsbooks and casino sites accept players from Malaysia, including Winner and the online sportsbook in Canada Bodog. Bodog’s casino site, Bodog88, and the Gibraltar-licensed Bet365 even accepts wagers in Malaysian Ringgit. There are also countless betting sites being operated illegally from within the country. The government has tried to prevent people from accessing these sites using a variety of measures.

One preventative measure is to penalize banks which process transactions made to online gambling sites. This has proved difficult to enforce, however, as regulators are ineffective and many Malaysians gamble using Paypal accounts. The recent crackdown has targeted owners of internet cafes who do not block patrons from accessing gambling sites. Some internet cafes even specialize in this, charging customers extra for the opportunity to gamble there. Many of these establishments have been shut down, but as long as there is money to be made, new ones constantly pop up.

The future of online casinos in Malaysia

There is no indication that the government will change course and regulate rather than prohibit gambling. Despite the cost of the crackdown, it has made its position clear. But that doesn’t mean that Malaysians won’t be able to gamble. Statoc can shut down underground operators all it wants, but new ones will take their place as long as there is money to be made. And regulations to prevent locals from accessing foreign-operated sites have not been effective; a few major international sites even accept bets in Malaysian Ringgit. Expect the status quo to continue: people will keep gambling, and the state will keep arresting operators.