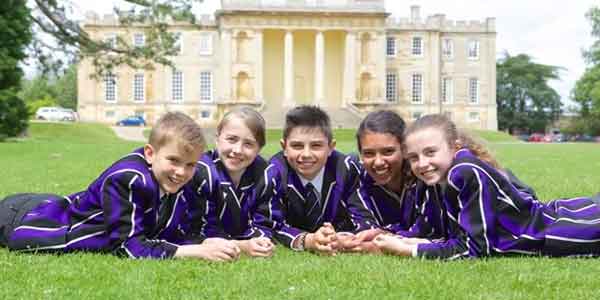 The growing number of betting shops with FOBTs in Tilehurst, Reading is causing serious disapproval among the residents, who are worried about their children.

The “Fixed odds betting terminals” (FOBT) were introduced in the UK 13 years ago and ever since then they are a reason for serious disagreements among the local societies and the government representatives in various counties in the UK.

The authorities and the gambling opponents are conducting countless meetings about the future of these betting terminals, but nothing is decided yet.

Many opponents blame the FOBTs as the major reason for the serious problem betting issue in the country and declare FOBTs as unwanted aliens in the long-established tradition of land based and internet betting in the UK.

Some even go further and call FOBTs “the crack cocaine of gambling,” because they consider these machines as highly dangerous and addictive, because they allow for numerous bets – up to GBP 100 every 20 seconds and promise wins up to GBP 500.

The deal, which the FOBTs is offering, is highly tempting for people with gambling affections and the results are at display. There are more than 33,000 machines in the UK and they bring the incredible revenue of over GBP 1.5 billion/year.

It is worrisome that despite the fact that according to the UK gambling laws, the terminals are restricted to four per betting house, bookmakers still manage to overcome the law by opening more branches. This is their way to fulfill the limit, but still manage to bring more revenue from operating higher number of machines in total.

• They consider this is “morally wrong”

Tilehurst’s residents are in the same position as a lot of other UK citizens, disapproving of the huge amount of betting houses. The reason for their anger was the sixth betting shop, which opened recently, which according to them is just “morally wrong.”

The Premier Racing shop is currently functioning, taking the place of the Blockbuster shop. IT is located at School Road and its operation is possible after permission and an acquired betting license, which were granted last year.

The Reading Borough Council expressed its concerned regarding the high number of bookmakers in the region, however the members stressed on the fact that they can’t do anything to prevent this, because they are restricted by the legislation.

Anna Fowler, Council spokeswoman commented: “The council believes there should be more control over uses such as betting shops which, where there is a proliferation of such premises, can have harmful impacts on a particular area.”

Tony Page, Reading’s deputy leader, said: “Councils aren’t anti-bookies but need powers to tackle the damage that can be caused to high streets and town centers.”

The Local Government Association, representing 370 councils in England and Wales, presented an appeal to the Government, asking the lawmakers to prevent bookmakers from invading the town centers and requesting more power for the local authorities, so that they can decide what is best for their people and regions in general.

More troublesome information regarding Reading was announced last week, when the Campaign For Fairer Gambling claimed that each bettor in Reading lost GBP 1,313 on average, on FOBTs last year, which is almost double compared to the regional average of GBP 720.

Worried citizens expressed their concern that the new betting shop Premier Racing is located very close to the Park Lane Primary School, which may cause problem for the students as they will be closely exposed to gambling activities.

Olivier Kutz, school governor, who lives at Downing Road, commented: “The betting shop is on a route many children walk and there is already a Coral along there. I think it is morally wrong and also presents a further aggravating factor for crime and anti-social behavior in the area.”

On the other hand, Richard Brunton, shop owner, naturally talked in favor of the opening: “There’s only one betting shop close by so we feel it will do quite well. Betting shops are very orderly places so we feel it won’t be a problem to anyone.”